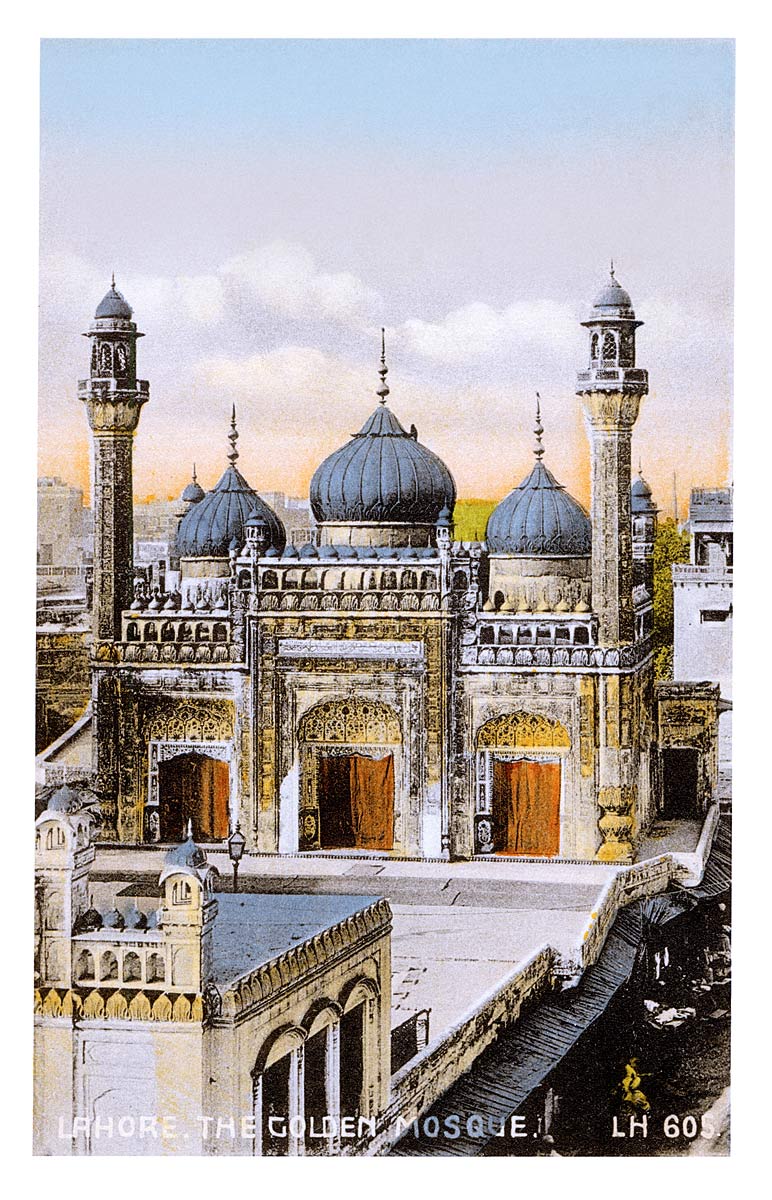 This is an intriguing postcard because the mosque's domes are actually golden, from which it derives its name. Here they are rendered as blue. While colors might have deteriorated over a century, there are golden hues in the rest of the print, so this is probably not the issue. An example of the wide latitude publishers and printers had in selecting the hues and bits of colors that were used to enhance a postcard. Here green is also used for some trees on the right, in between two domes, and for a bush (?) on the lower right. In other examples of the same postcard, the right tower has a blue cap like the domes while the left is golden; here the blue hue has been applied with less strength to both.