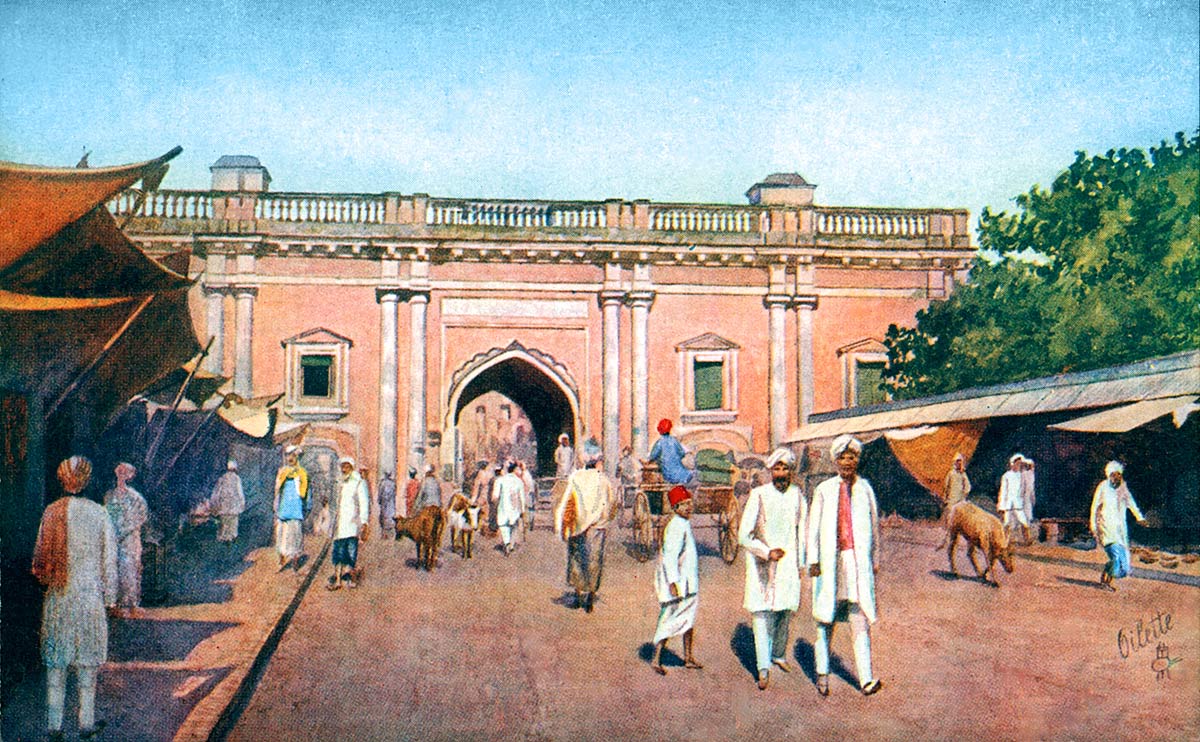 Lahore's Historic Delhi Gate is one of the most crowded parts of the walled city and faces the city of Delhi in India. The original Mughal city gate facing Delhi was rebuilt by the British in the 19th century.

[Original caption] Delhi gate, Lahore. The inner part of Lahore is a walled city with forts and other defenses. A moat has been filled in and turned into a garden which encircles the city on every side, except the north west. A road runs round the ramparts and gives access to the City by thirteen gates. [end] The Delhi Gate one of the thirteen gates of the Inner City was built during the Mughal period. The area near the gate is a historical place, in which a number of old buildings, havelis and markets are located. The Wazir Khan Mosque, famous for its extensive faience tile work and built during the reign of the Mughal emperor Shaj Jehan can be accessed from this gate. Delhi gate, named because it faces the Indian city of Delhi, is one of the most crowded entrances to Lahore's walled city. City gates facing key trading locations are a feature of South Asian cities that reach back to ancient Indus times. [end]