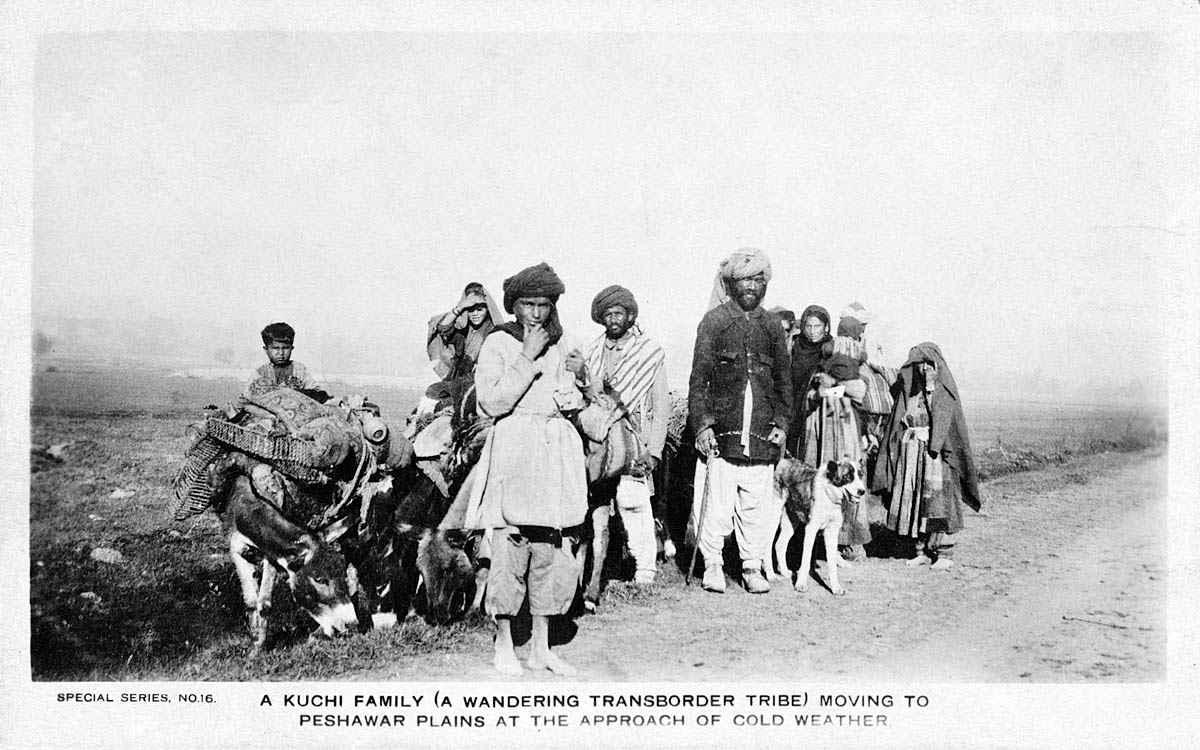 Occasionally, nomads — those most fleeting of human subjects and least sedentary inhabitants of our planet—were caught on a postcard. It is clear from the many postcards of nomads that survive, that they were noteworthy figures in the landscape and that their presence was felt by those with the resources to buy and send postcards. Many seem to be from French possessions in North Africa (Algeria, Morocco), but there are a few from British India too. A number are “transborder” nomads who could cross safely back and forth between the Northwest Frontier Province (NWFP) of British India and Afghanistan (an independent kingdom). “Transborder” nomads were remarkable then as now for how little they cared for the (artificial) borders of states and realms. Other nomads are identified as “wayfarers” in the colour examples from Central India; the term is slightly pejorative to be sure — as in, “unmoored” people — but perhaps also suggests some longing for a way of life that is untethered. Nomads, in fact, are the opposite of people who send postcards from one address to another. They are the postcards, always moving and ending up in new realms.