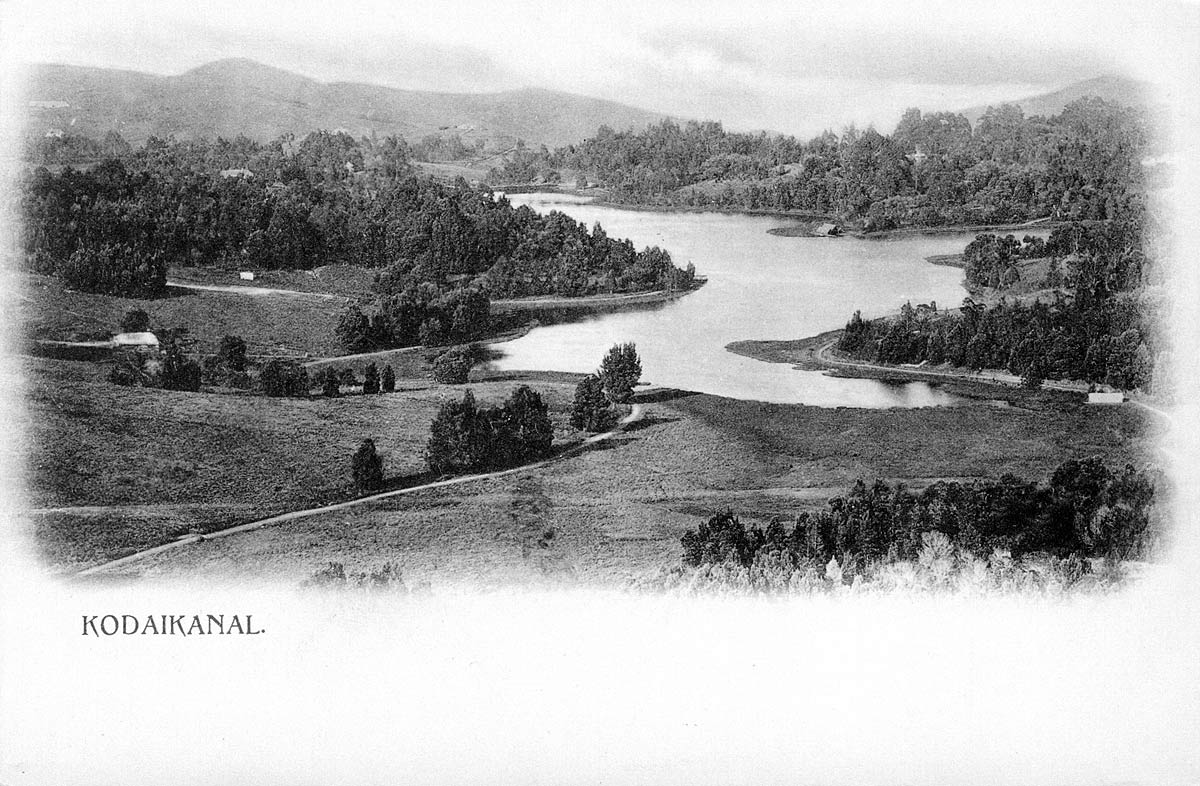 "Kodaikanal (Kody), though not so quite fashionable as Ooty," wrote Eustace Reynolds Hall in The Tourist's India (1907) "is rapidly coming into favour. It lies at about the same altitude as its elder rival, but the climate is considered even more genial. It is some 370 miles from Madras, and about half-way between Dindigul, the great tobacco centre, and Madura, the Athens of South India, which should, of course, be visited by sojourners at Kody. It is not so accessible as Ooty, as the nearest station (Ammayanaikanur) is fifty miles off, so that it can only be reached by a tonga service. From the social point of view Kody is, of course, inferior to Darjeeling or Ooty, as it is a quiet little place, though male visitors of sporting tastes may even prefer it. It is an excellent shooting centre, tigers, panthers, and mountain bears being possible quarries for the sportsman" (p. 262-3).