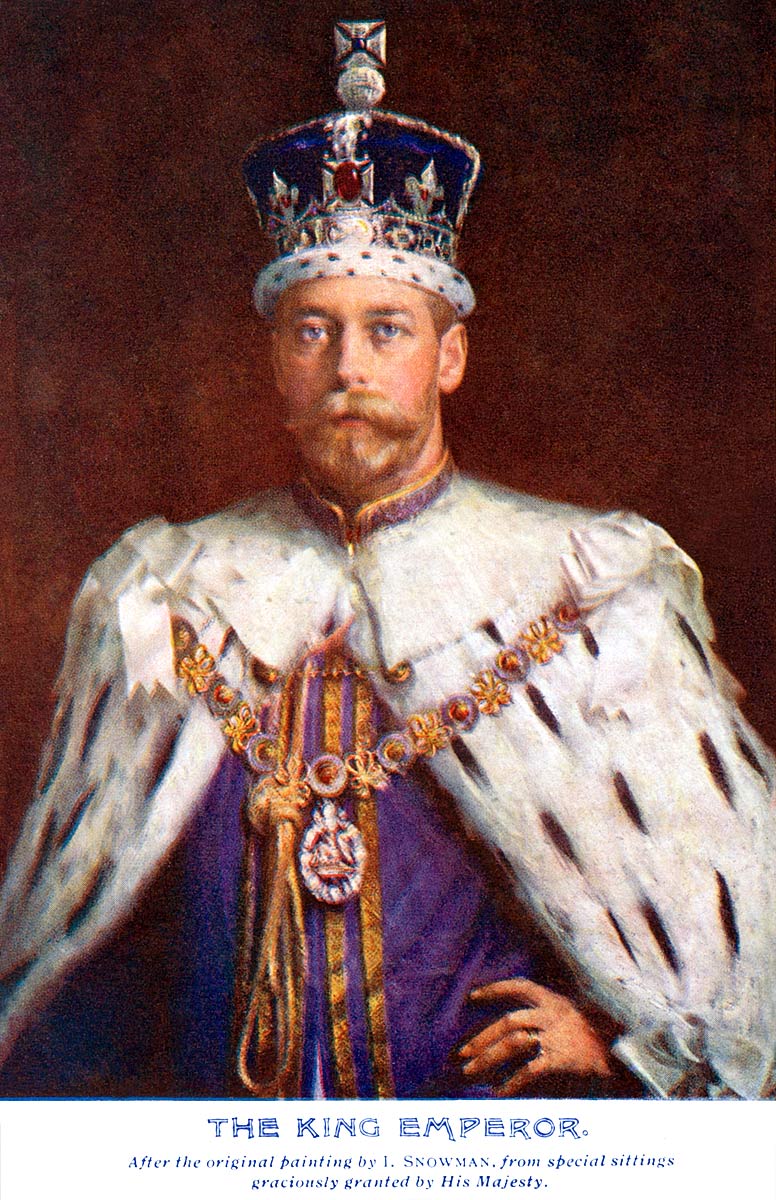 [After the original painting by I. Snowman, from official sittings graciously granted by His Majesty.

[Original caption] His Most Excellent Majesty George V. by the Grace of God, King of the United Kingdom of Great Britain and Ireland, and of the British Dominions beyond the Seas, Defender of the Faith, Emperor of India, etc. Born June 3rd, 1865. Married July 6, 1893. Ascended the Throne May 6, 1910. Crowned June 11, 1911. Coronation Darbar, Delhi, December 12th, 1911. [end]

A Tuck's postcard of the newly ascendant blue-eyed King that would have been published for the Coronation Darbar, which he attended. His wife, Queen Mary of Teck had visited India with him 1905-06 when he was the Prince of Wales. She later took over 100 postcards she and her husband had bought or send back to their son Bertie at Sandringham from their India tour and put them into postcard albums which are still in the Royal Collection at Windsor Castle.