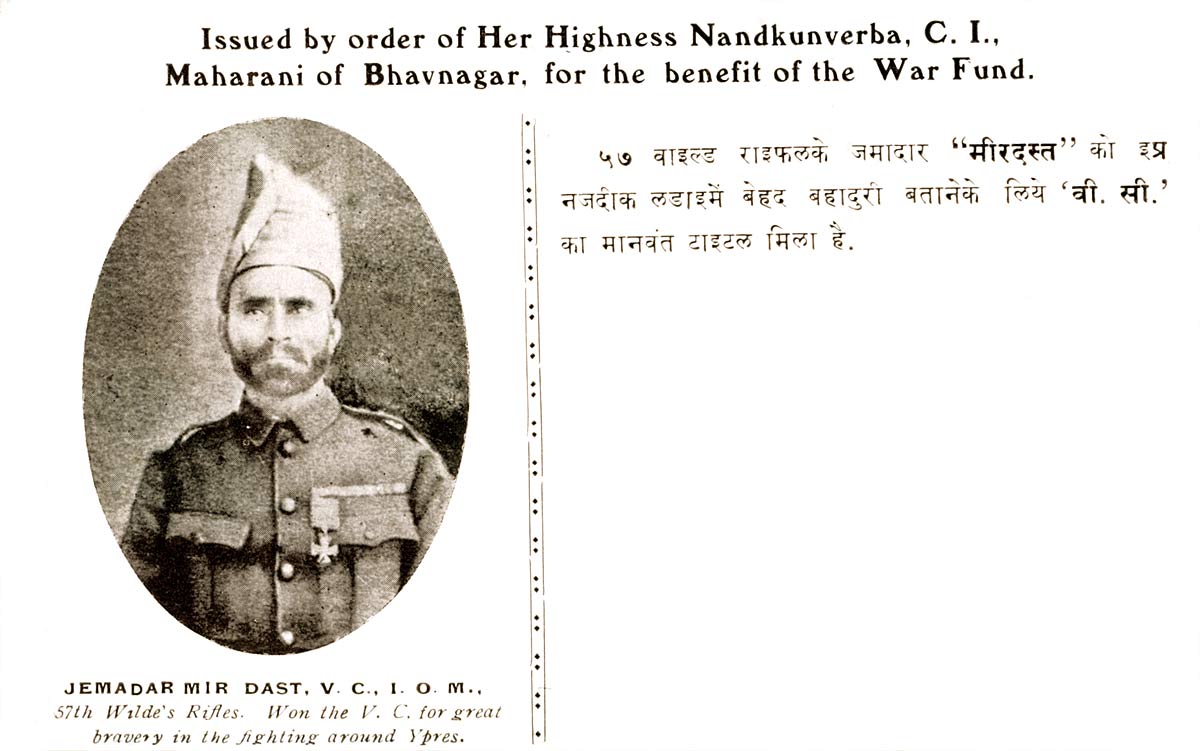 [Original caption] Jemadar Mir Dast 5th Wilde's Rifles. Won the V.C. for great bravery in the fighting around Ypres. Issued by Order of Her Highness Nandkunverba, C.I. Maharani of Bhavnagar, for the benefit of the War Fund. [end]

From a series of postcards celebrating a few of the million Indian troops who fought with the Allies in World War I (1914-1918). Their contribution to the Allied fight is only slowly being fully appreciated; over 60,000 died and many more were wounded. Postcards from the period were used to help recruit, fund and acknowledge this effort, particularly in Gujarat where Bhavnagar is located.