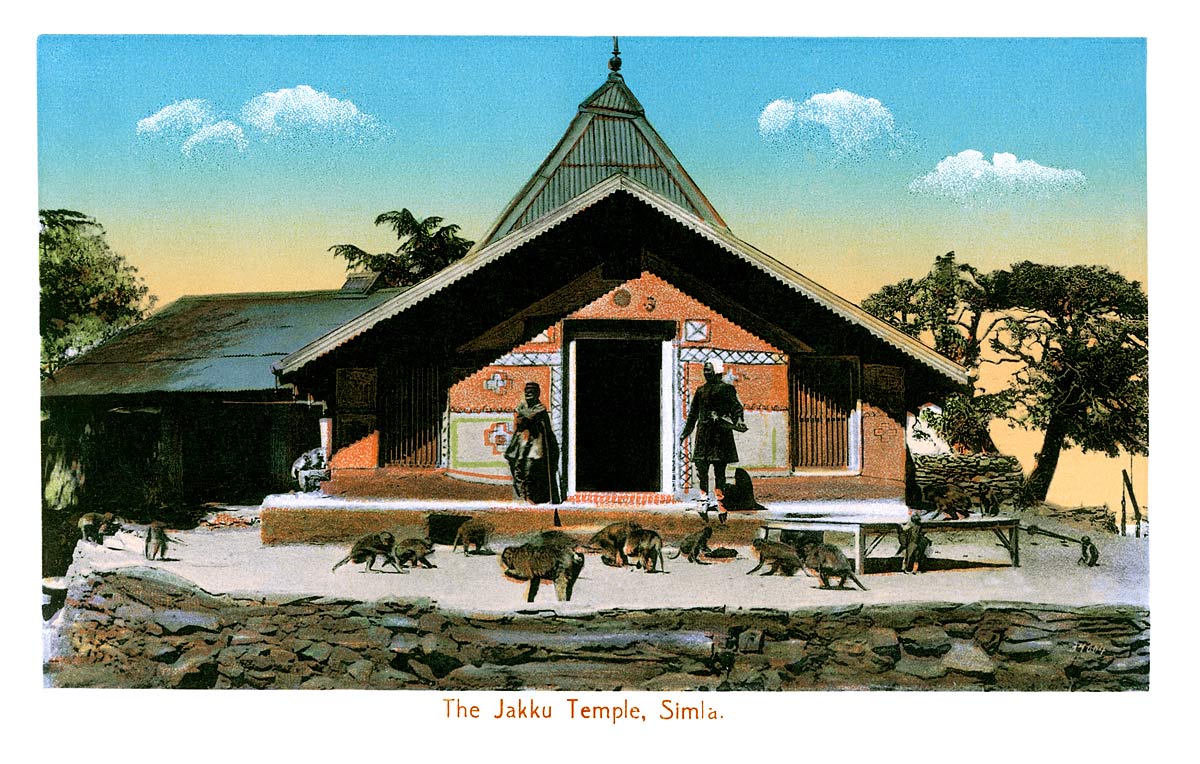 Edward Buck in Simla, Past and Present (1925) tells the story of Charles de Russet, son of a local French photographer and merchant. Charles dropped out of the nearby Bishop Cotton School at the age of seventeen. He came to sit under a Jakko temple tree with the monkeys for two years. Accepted by the monkey and other fakirs in the area, he became known as the “leopard fakir” because of the headdress he wore as he wandered through the bazaar. He later retired to another temple, and is said to have forgotten how to speak French. An expert on mystics who interviewed him in 1892 said he lived “idle, happy and contented, without any anxiety about the morrow.” (Buck, p. 191).