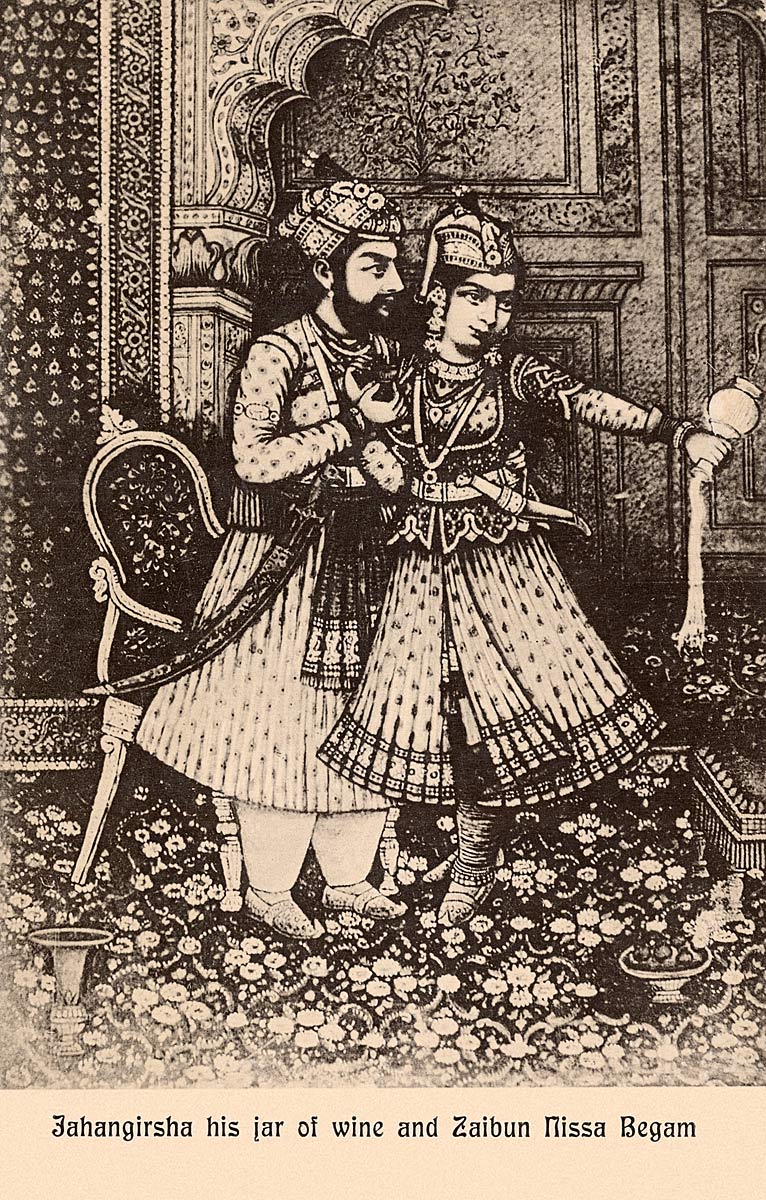 It seems as if the Mughal Emperor Jehanghir's (1569-1627) fondness for wine merited a postcard many centuries later. It is unclear who the woman pouring the wine out of the flask is; if it is the celebrated Zeb-un-Nissa (1638-1702), the learned and celebrated eldest daughter of Emperor Aurangzeb, her lifespan did not overlap with that of Jehanghir. It is possible that this postcard was made from a photograph of a "miniature" painting.