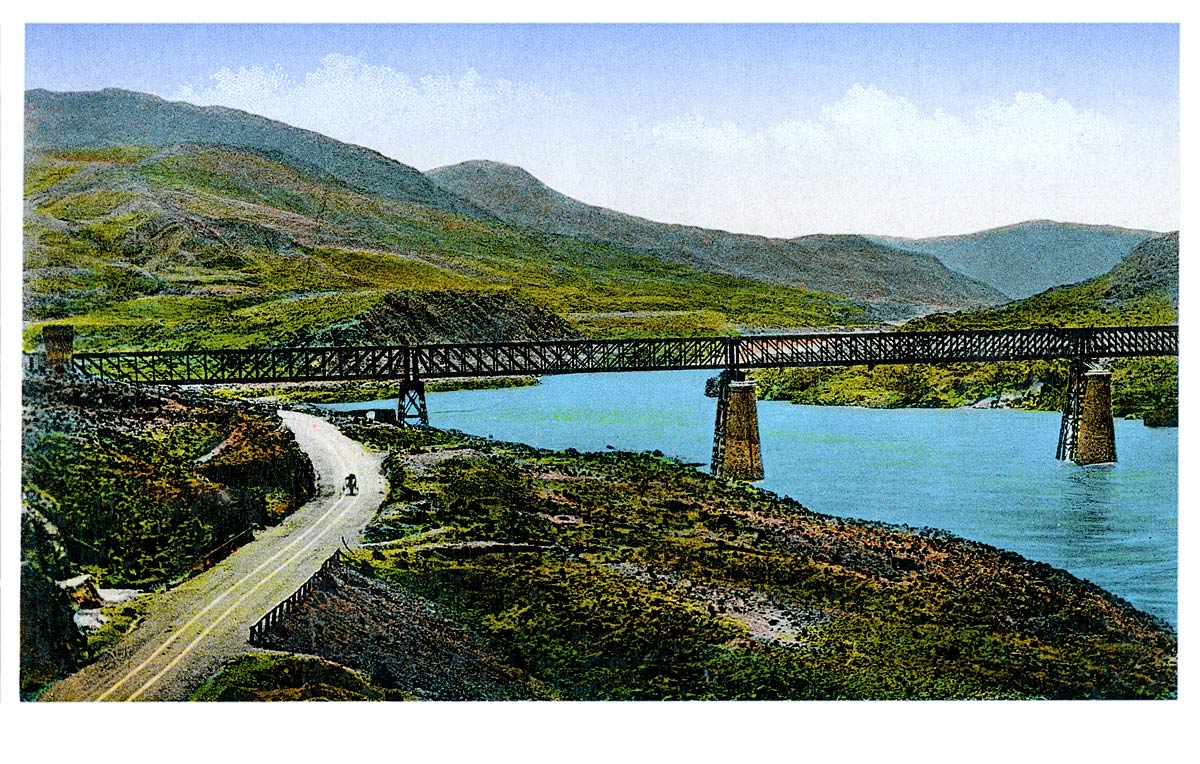 The bridge at Attock is one of the most important transportation junctions in Pakistan and connects the provinces of Punjab and Khyber Pakhtunkhwa (the former Northwest Frontier Province). Its significance dates to ancient times. Because the Indus river banks on both sides are so close here, it was a suitable location for boat bridges going back to Alexander the Great's conquest of Punjab, for later Mughal invasions and during the British period until 1883 when this heavily fortified bridge was constructed.

The famous Indian mathematician Panini is said to have been born near Attock around 500 BCE. It is likely that this postcard was made from a photograph taken during the Indus flood of 1909, as H.A. Mirza seems to have offered a number of views of the flood at Attock.