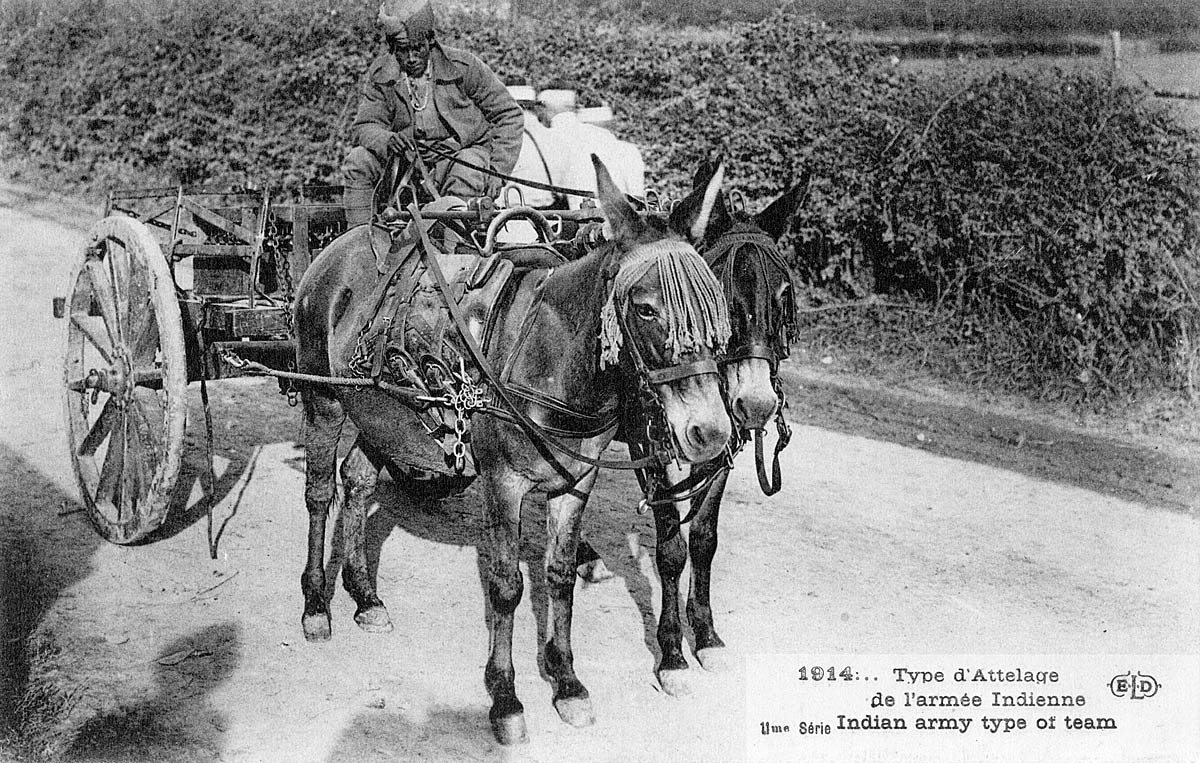 "The Indian experiences in France were the most extensive and, by and large, the happiest. The Indian soldiers arrived in Marseiles on September 26, 1914 to a heroes' welcome, with their own musicians playing the "Marseillaise". Though most of the Indian troops were withdrawn from France in 1915, Indians remained on the Western front throughout the war. Their contacts with French civilians were extensive, and fre­quently they were quartered in French homes. Surprisingly, they seem to have had little contact with French soldiers. The Indian soldiers’ contact with Britain was more limited, mainly taking place in 1914-1915 when many Indians were recuperating in special hospitals created for them in south-eastern England.

"The response of Indian soldiers to what they saw in these European countries was overwhelmingly favourable, on the order of 80-90% as seen in the censored letters. Not infrequent­ly a sepoy referred to France as “paradise”. True, a few felt that the French were too materialistic, and Muslims sometimes were offended by religious or food practices. But most men thought that French culture was very attractive, with its wealth, prosperity, and equality. One of the most common observations was that the French, both women and men, were unusually friendly, open, and considerate. One Dogra repor­ted that “we live nowadays in the houses of the French people and they look after us better than our own parents”, and a Bengali doctor remarked on “how kindly and frankly their wives and children talk to us and mix with us”.63 French women were admired for their kindliness as well as for their moral strength in the absence of their men. Moreover, all comments made on the extent of education in France were favourable, and the education of French girls often was descri­bed with special approbation. One Jat cavalryman observed that “in Europe everyone, man and woman, boys and girls are educated. The men are at war and the women are doing the work. They write to their husbands and get their answers. You ought to educate your girls as well as your boys and our posterity will be the better for it.” Considering the length of stay in France, it is not surprising that some Indians married French women. The scattered data indicates that some of these marriages were contracted freely, while others resul­ted from the pregnancy of the women. Data on the later life of such couples would be interesting indeed."