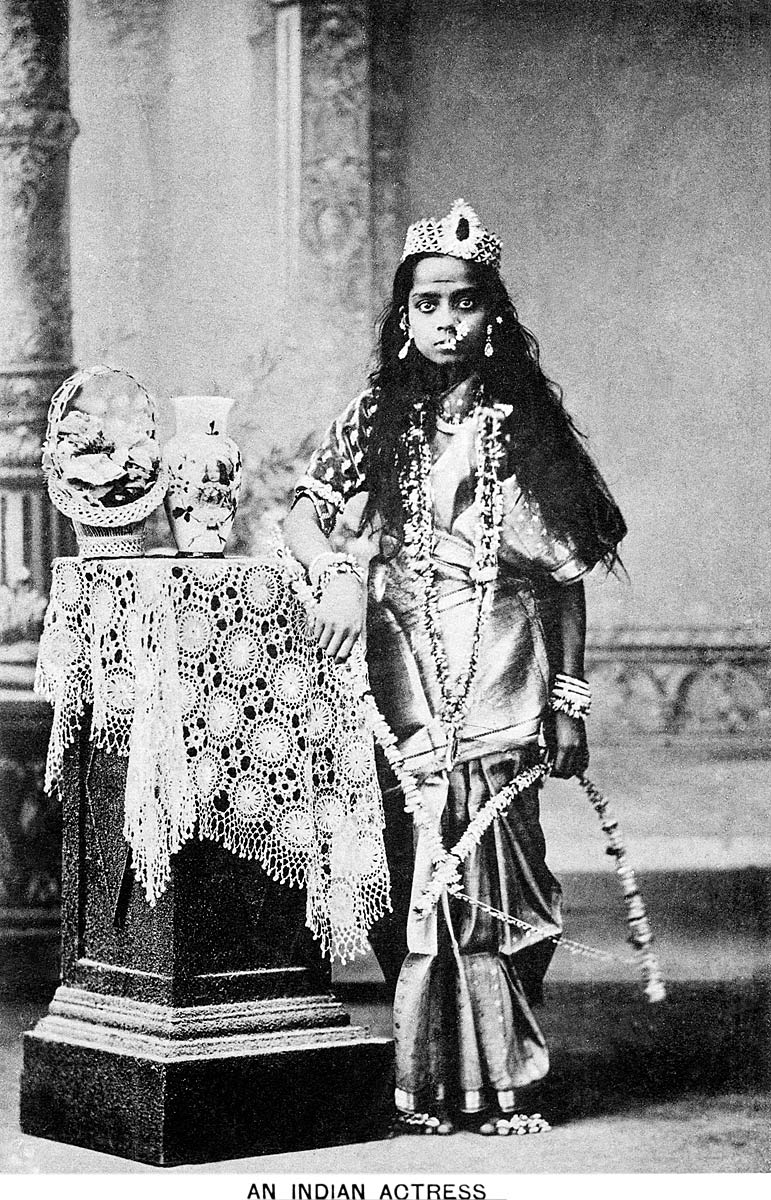 A startling image of an Indian actress, carrying a bow in one hand, perhaps from the play she is acting in. But is it a she? At the turn of the century boys often played the role of women on stage, and while one can't be sure it does seem as if it could be a boy wearing a wig.