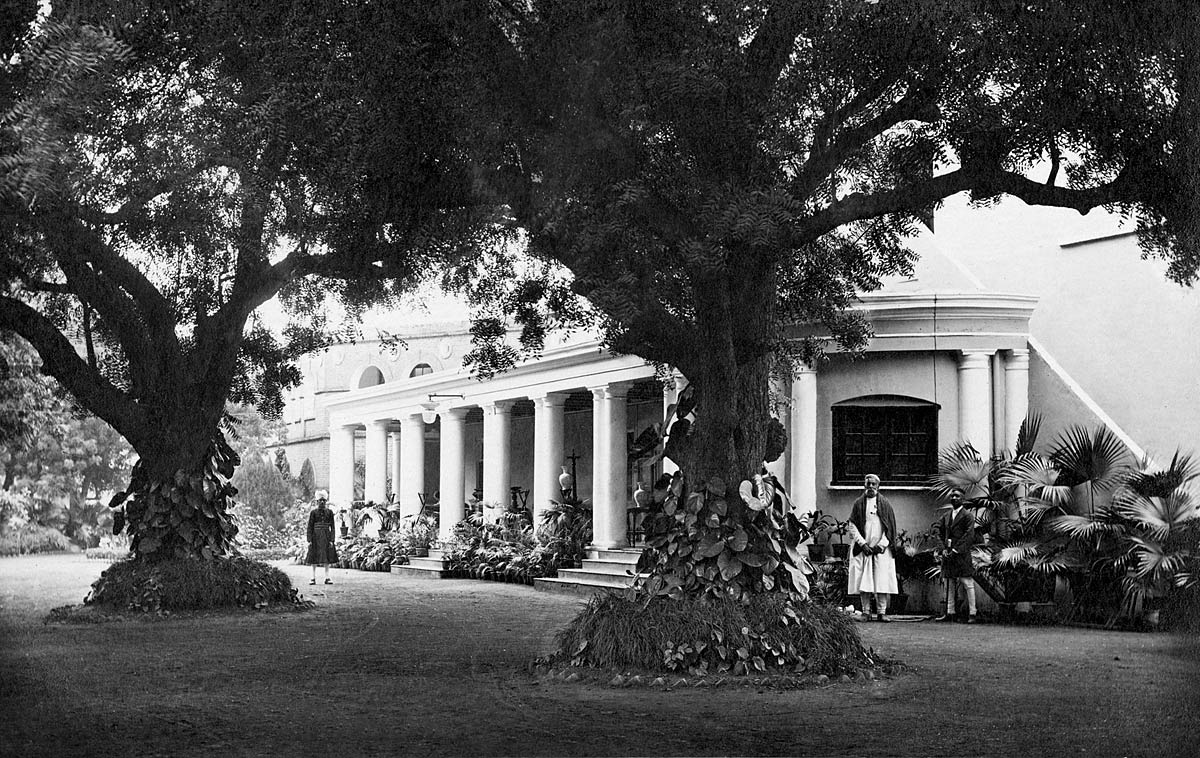 Hotel Cecil was one of the most famous European-owned hotels in Delhi and stood on an 11 acre park in Rajniwas Marg in Delhi's Civil Lines area. There were more than hundred rooms, a swimming pool and lush green lawns. There was a Cecil's in Murree, now in Pakistan, which still survives under the same name, as well as an original branch in Shimla. That property was bought by a Shimla photographer, R. Hotz in 1902, who turned it into the first Hotel Cecil; it has since become The Oberoi Cecil Shimla. In the 1960s, the former Delhi Hotel Cecil shown here became the St. Xavier's School.

[Verso, handwritten] "Hotel Cecil where we stopped at Delhi Please save all my postcards."