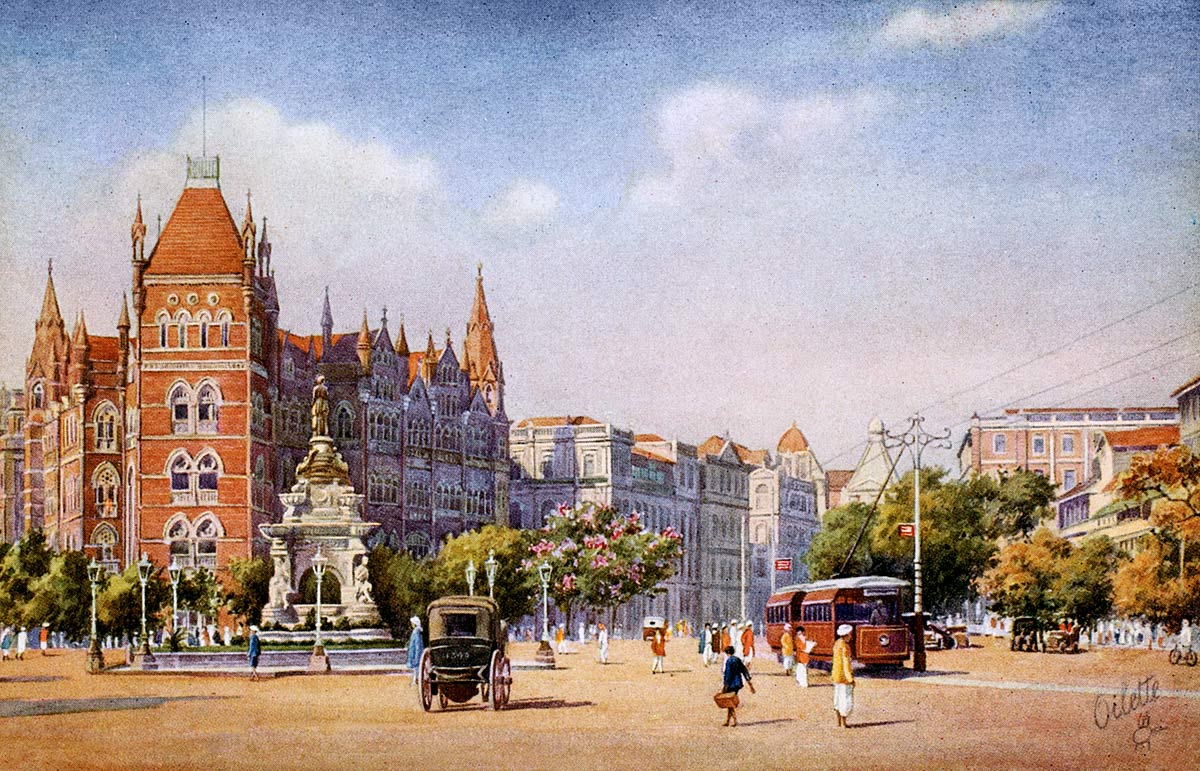 [Original caption] Bombay, unlike most of the other shipping towns of importance, is not situated upon a river. It is one of a cluster of Islands, which being artificially connected with each other and with the mainland by causeways and Railway Viaducts now forms a Peninsula, lying nearly N. and S., which makes the bay so created one of the finest harbours in the world. [end]