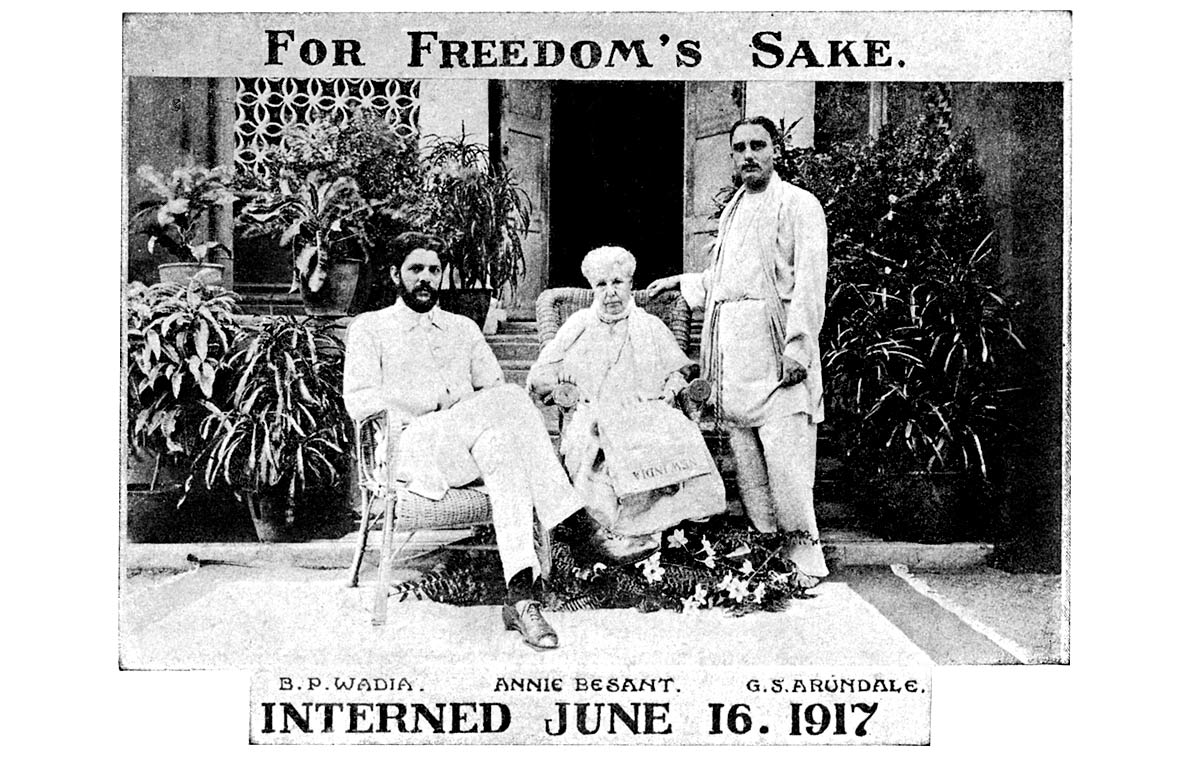 The early 20th-century Home Rule League demanded self-government for the whole of India from British rule and was particularly active between 1916-18. Many Indian leaders supported this movement including the famous nationalist, Bal Gangadhar Tilak. The Irish Annie Besant, a Theosophical Society founder and member who lived in Madras [Chennai] was one of the LEague's founders. B.P Wadia and G.S. Arundale (husband of the great dance Rukmini Devi Arundale) were two other prominent leaders; this card shows how quickly political causes like their imprisonment became a subject of postcards, which became one propaganda medium on the road to Independence.