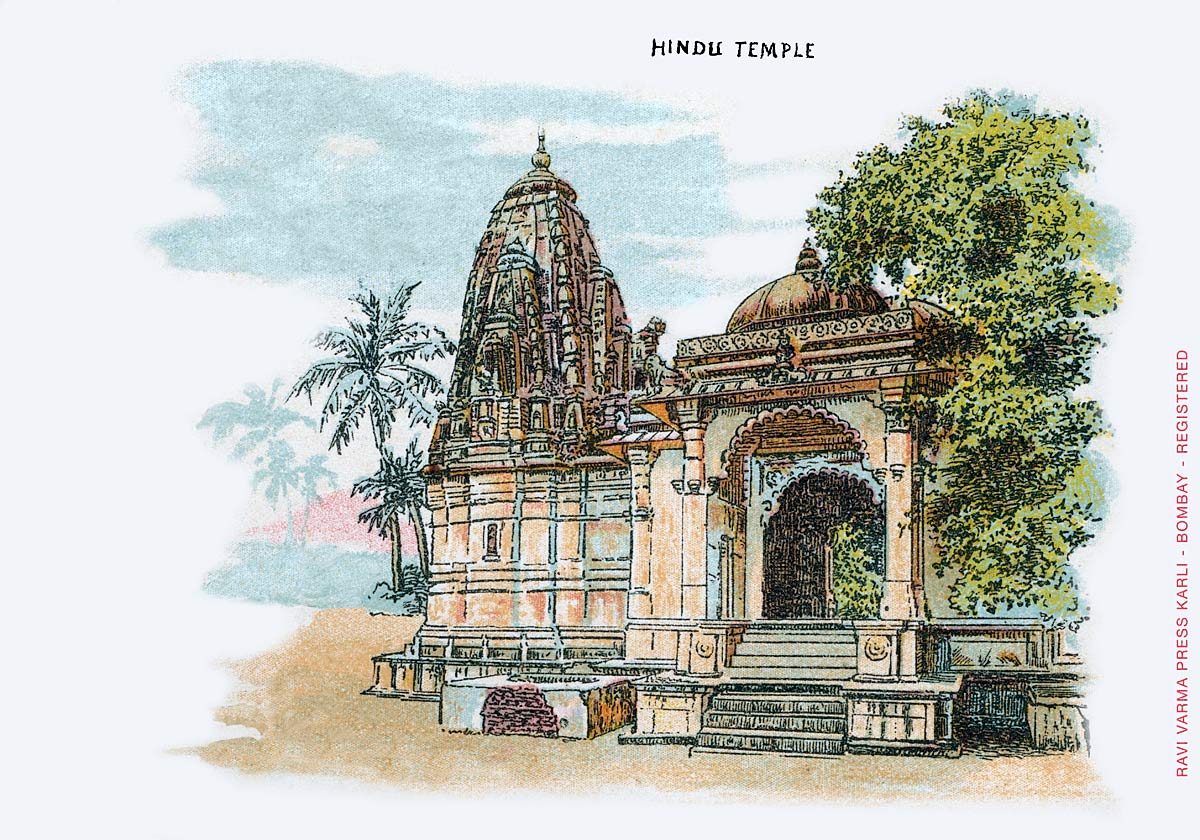 An early lithographic postcard, and among the rarer ones, by the artist Paul Gerhardt. It was printed in Karli, outside Bombay, at the Ravi Varma Printing Press where Gerhardt worked as a lithographer. His signature image of a palm tree is visible on the left, both drawn and as a silhouette. Given the age of the postcard, which was advertised on Sept. 28, 1899 in The Times of India as among "the first of their kind," it is likely among the first postcards of a Hindu temple printed in India.