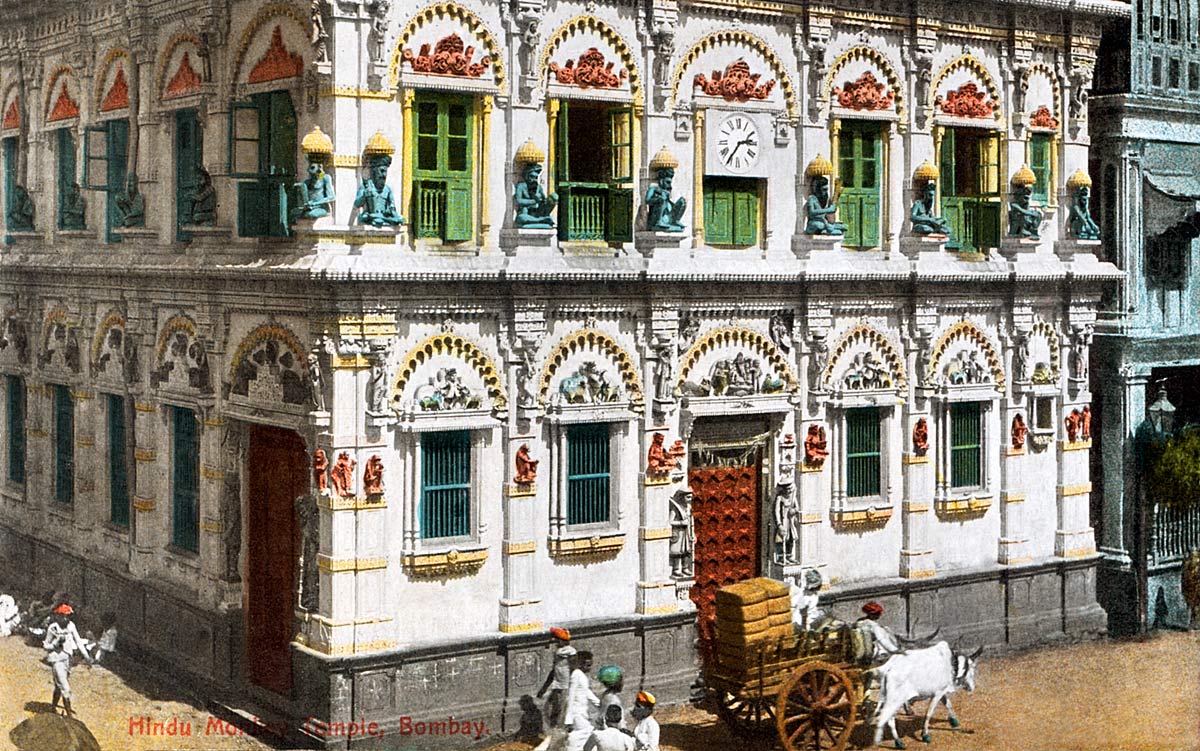 One of the most famous temples in Mumbai, Dwarkadhish Temple, built in 1875, was often referred to as the Monkey Temple because of the figures of monkeys eating bananas on the front. It was one of the most popular subjects of old postcards of the city, here in a Clifton & Co. example which brings out the best of the German "Lichtdruck" or "light print" process which embedded the colors in the printing process and could, in cases like this, lead to a photo-realistic effect.