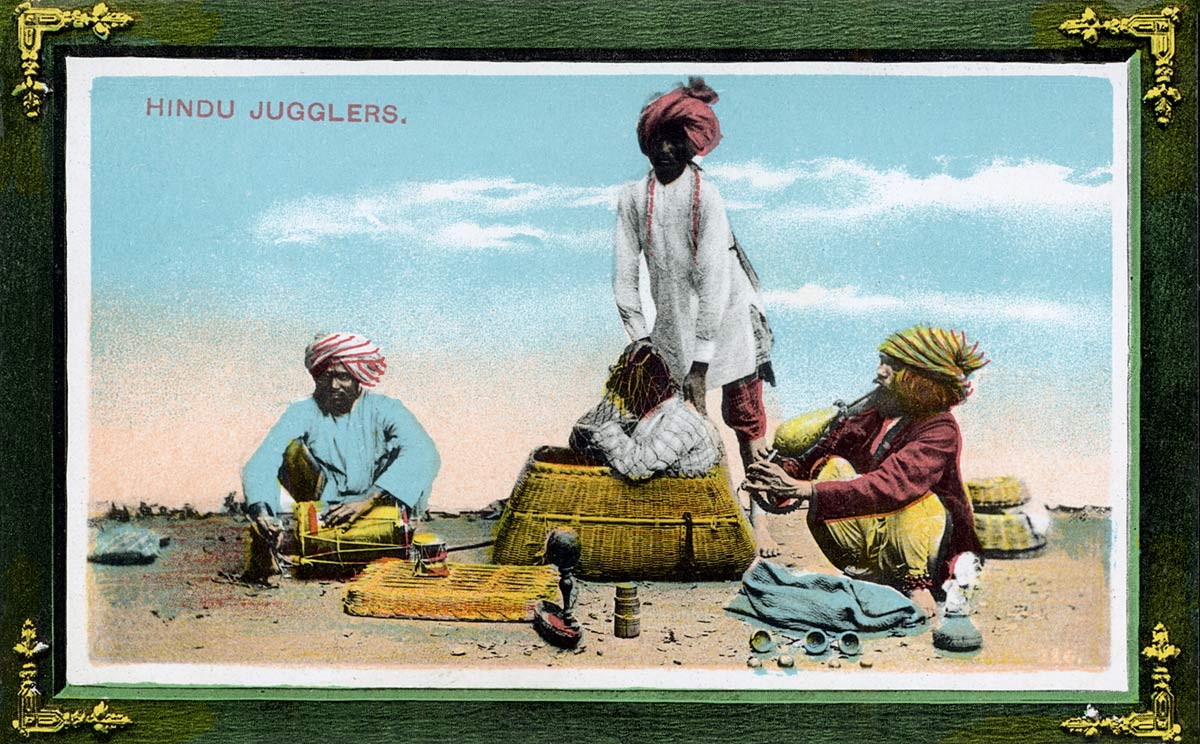 Although the origin of the word juggler as "one skilled in keeping several objects in motion in the air at the same time by alternately tossing and catching them" goes back to the 14th century and seems to stem from the Middle English "jogelour minstrel, magician" and earlier Latin roots, from the start of 19th century in particular, it was Indian jugglers and magicians who were considered to be the experts at various sleight of hand tricks. Their craft was finely developed in Mughal times and commented upon by European visitors. A number of practitioners made their way to Europe in the early 1800s where they developed a formidable reputation for tricks that people there had not seen before, and the finest "juggling" in particular became associated with Indian experts. The gripping story of these arts and their history in the subcontinent and beyond is told in the recent book by John Zubrzycki, Jadoowallahs, Jugglers and Jinns (Picador India, 2018).

Nestor Gianclis was a Greek postcard publisher in Kolkata; postcards of jugglers, snake charmers and other entertainers in the city were a rich vein for early publishers at the turn of the century and helped build India's franchise in these arts.