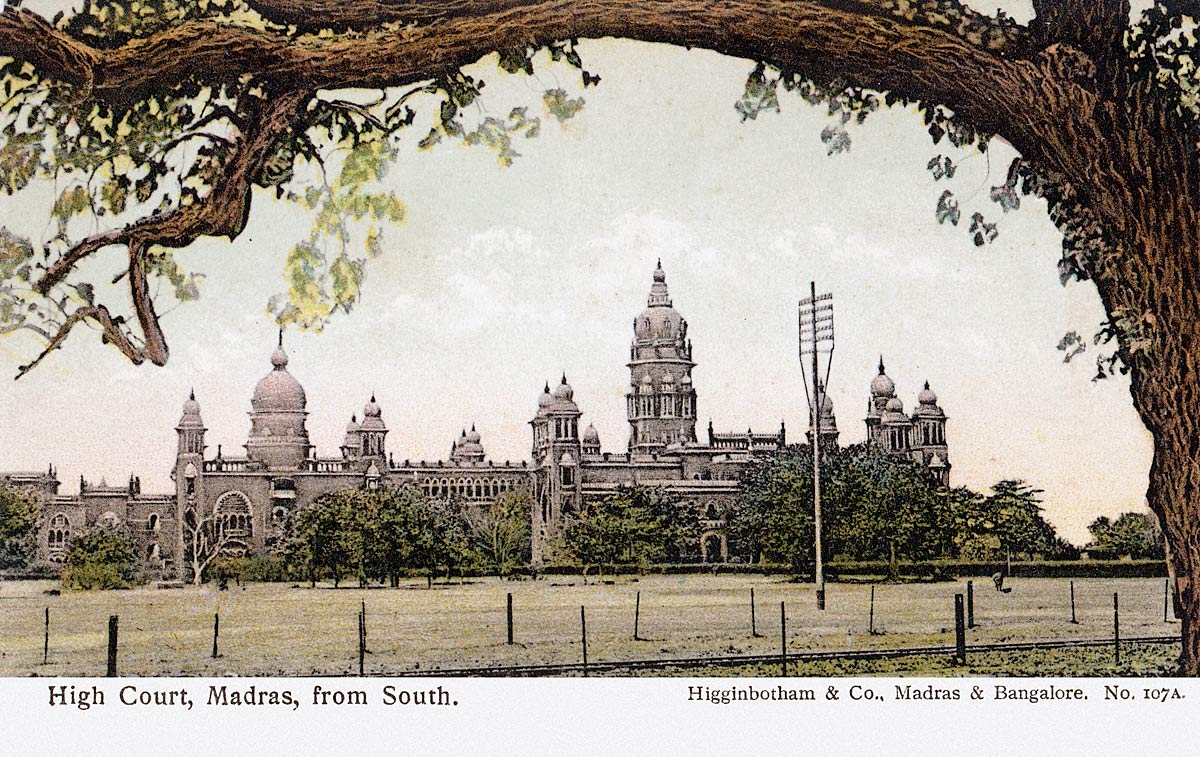 "The High Court's imposing, labyrinthine Indo-Sarcenic buildings, with long corridors, high ceilings, much ornamental tiling, carving and iron-work, beautiful stained glass arches and portrait gallery, is one of the City's landmarks," wrote the late and eminent historian of Chennai, S. Muthiah (Madras Rediscovered, 1999, p. 261). "These buildings, for which the foundation stone was laid in 1889, were declared open for occupation on July 12, 1892. They had taken four years to build and had cost Rs. 13 lakh. J. N. Brassington was the original designer, Henry Irwin developed those designs, and Engineer J. H. Stephen supervised the construction and made modifications to the design. New buildings, such as the Small Causes Court, were added in the same stye in the 1930s. And even newer buildings in the 1990s have, to some extent, followed an integrating style – giving this volume a cover that comments pictorially on the past and present."