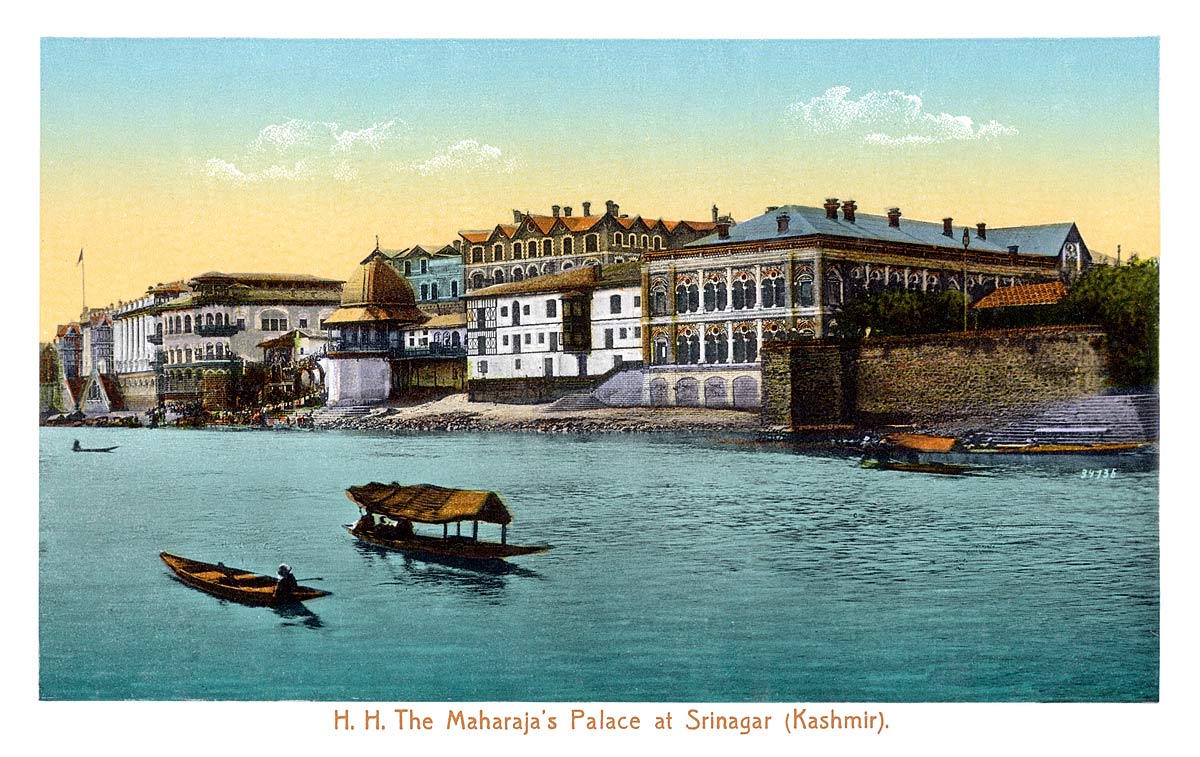 In her Tourist's India (1907), Eustace Alfred-Reynolds Ball writes: "Colonel Durand in his "Making of a Frontier" gives in few words a picturesque yet accurate description of Srinagar from the river : "The town, a huddled mass of lightly-built houses, in the construction of which timber takes a prominent part, lines both banks of the river. It is dominated by two isolated hills, one crowned with the battlements of the State prison and fortress called Hari Parbat, the other the Takht-i-Suleiman, or Throne of Solomon, topped by an ancient temple which has looked down on the crowded life below for many centuries, for it was built before the secret of the true arch was known. Behind these hills rise the rugged outlines of the mountains which form the boundary of the valley. As your boat ascends the stream it passes under bridge after bridge of wood built out from massive wooden piers on timber cantilevers, and the bank is lined with temples, whose roofs, covered with tin, shine like silver. Ruined quays, retaining walls of masonry, in which can be traced the spoils of many a temple: ill-kept flights of stairs leading to filthy gullies, or here and there to broader roads: houses leaning at angles, telling of the passing of the last earthquake: one wooden Mohammedan mosque, with a roof recalling Chinese architecture: the great mass of the Maharajah's palace, broken by the golden tomb of the princely temple—all these combine to make a picture unique in the East" (pp. 138-39).

Sher Garhi Palace, built on an ancient palace grounds in the 1770s by Afghans, and later where the Princely state's Dogra rulers lived, was abandoned in the 1970s.