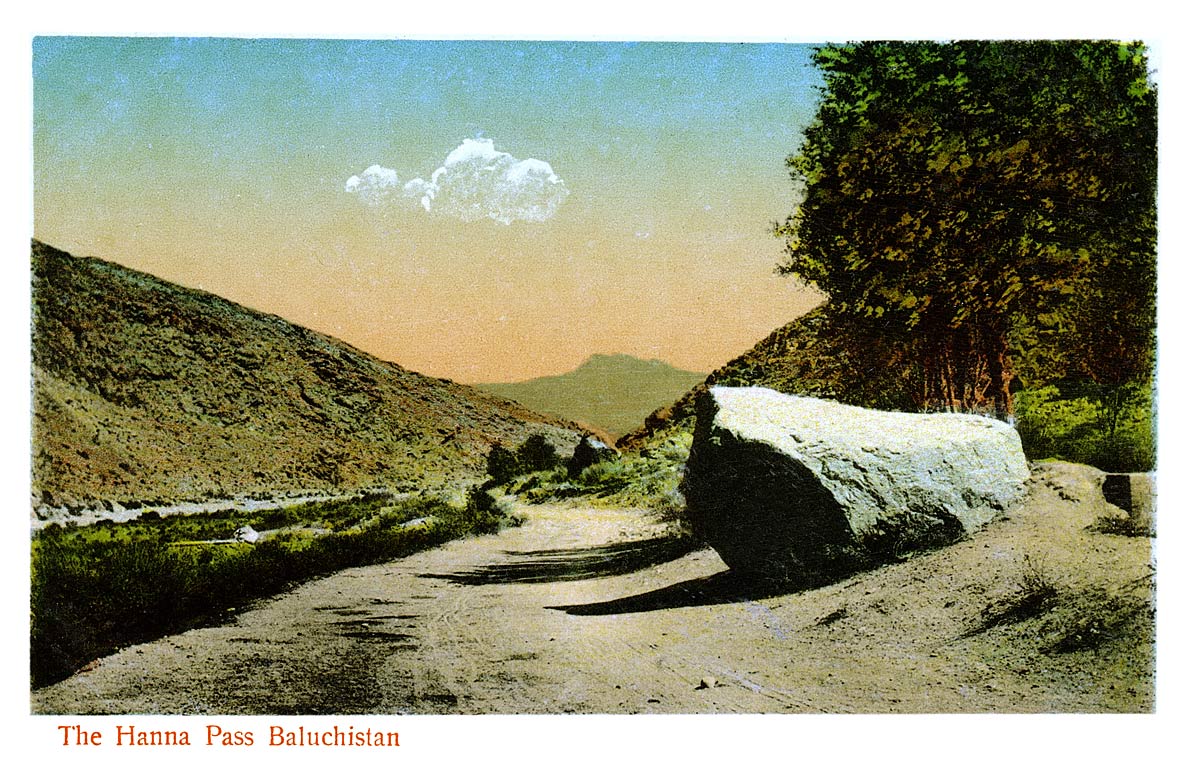 Hanna Pass is about 6 miles from the city of Quetta, capital of Balochistan province, next to Hanna Lake. The barren hills surrounding Quetta made this one of the most popular travel points for residents and visitors to the city, and it was a popular image subject in the early 20th century. Mullick Brothers was one of Quetta's leading early 20th century photographic studios.