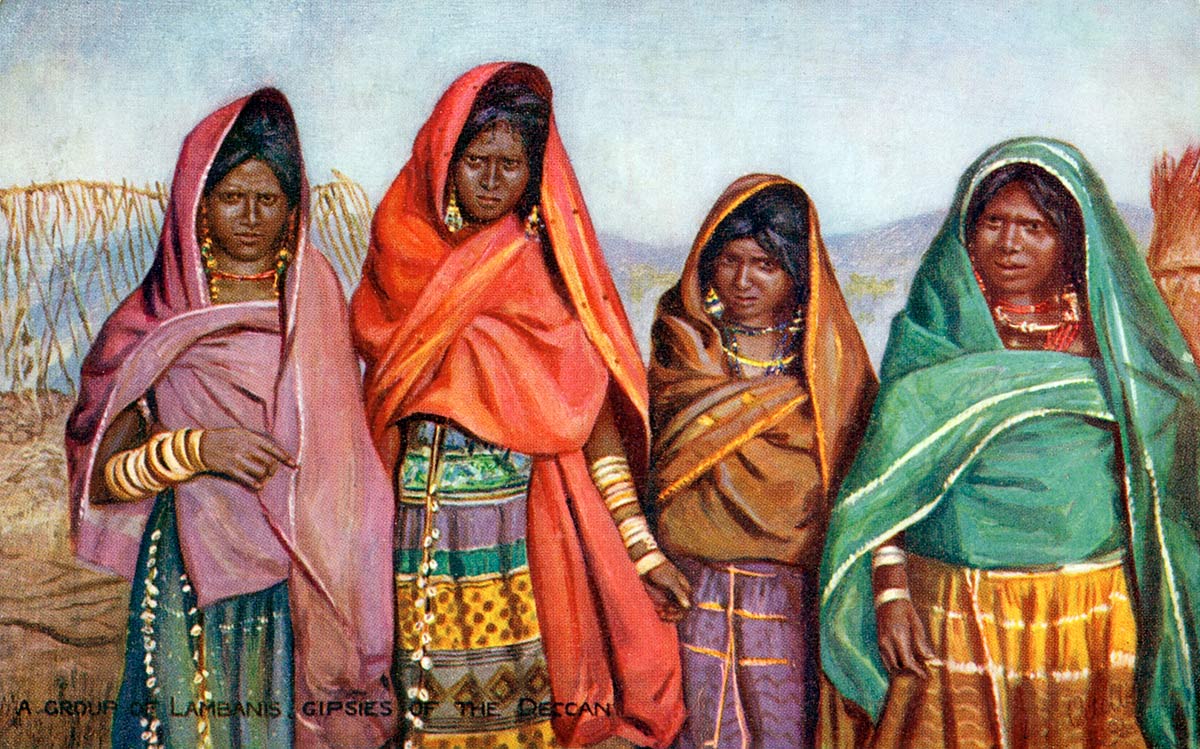 [Original caption] These folk are gypsies inhabiting the great Deccan of India. Their dress is decorated with shells, their arms are generally adorned with a large number of bracelets made of the bones of deer. [end]

The Banjara people, also sometimes known as Lambanis, are believed to have originated in Rajasthan and then moved to other regions including the central Indian Deccan area.