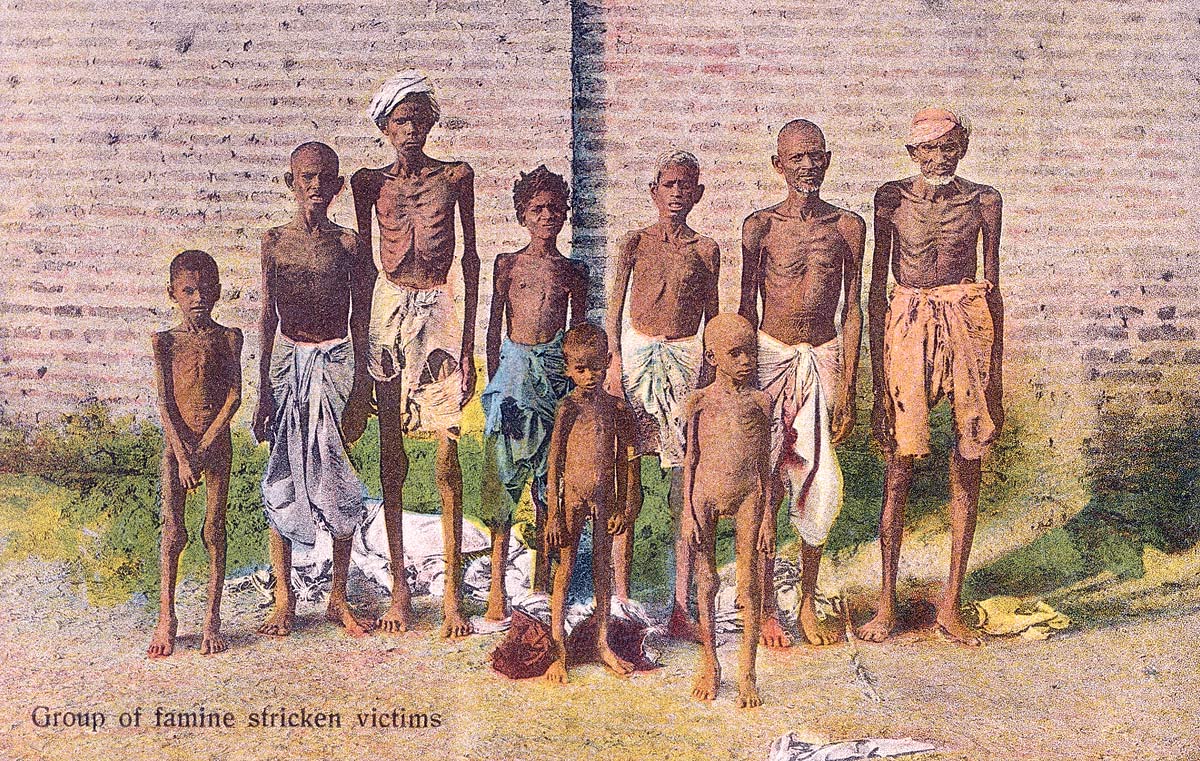 There were numerous famines during the Raj, some like this one around the turn of the century, often simultaneous with plagues that came to Bombay by ship. Railways were used to transport food out of rural areas, but less so to transport food into those areas when the crops failed. Instead the starving followed railway tracks to cities in search of food, where their plight was turned into photographs and postcards like this were sold.