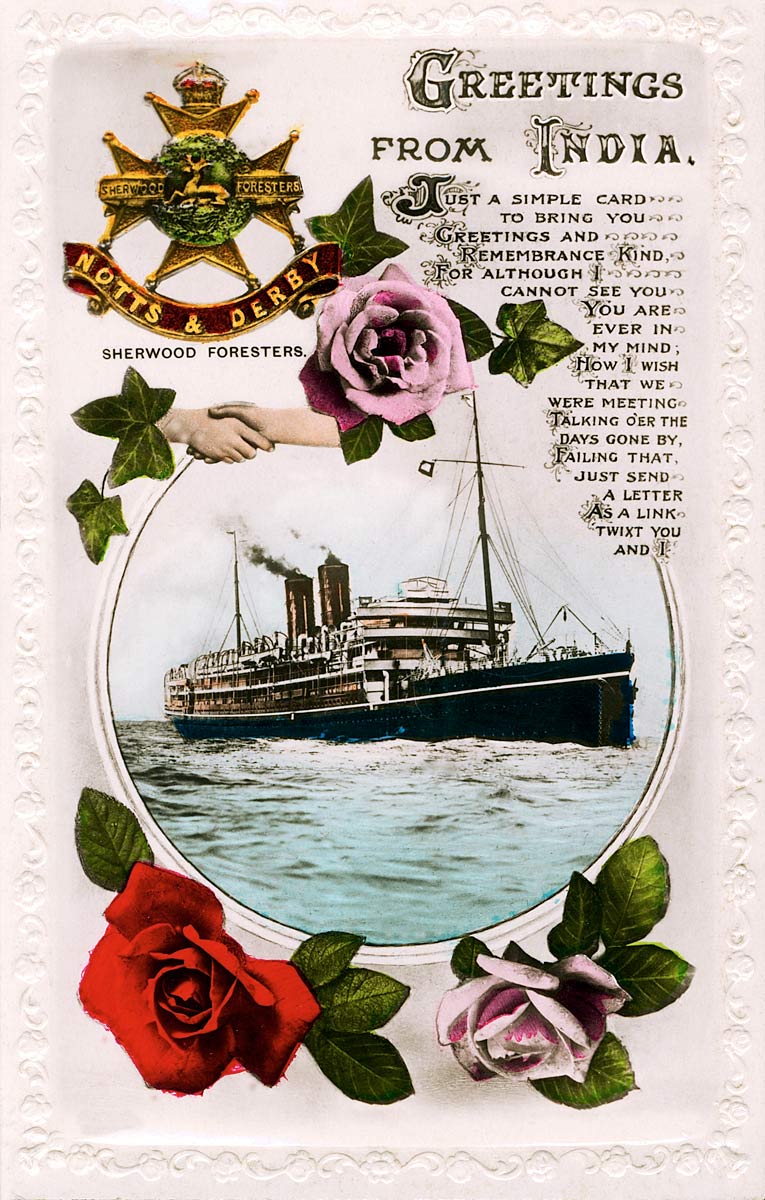 There were many kinds of "Greetings from India" postcards in the early days of postcards. This elaborate one, with an embossed border, conveying the greetings beneath a handshake, and crest of the Sherwood Foresters (Nottinghamshire and Derbyshire Regiment) was printed by Beagles Postcards. They were one of the premiere British postcard printers, and produced the card on behalf of Diwan Singh and Sons in Dalhousie Cantonment, where the regiment would have been stationed just after the turn of the century (they had been very active in the Frontier rebellions of 1897-98). The text is a plea for a message from the recipient, and reminder with the ship that the sender will be coming home some day. The red and pink flowers, the circle lightly broken by text and design, all make this a beautiful if disturbing artifact of colonialism.