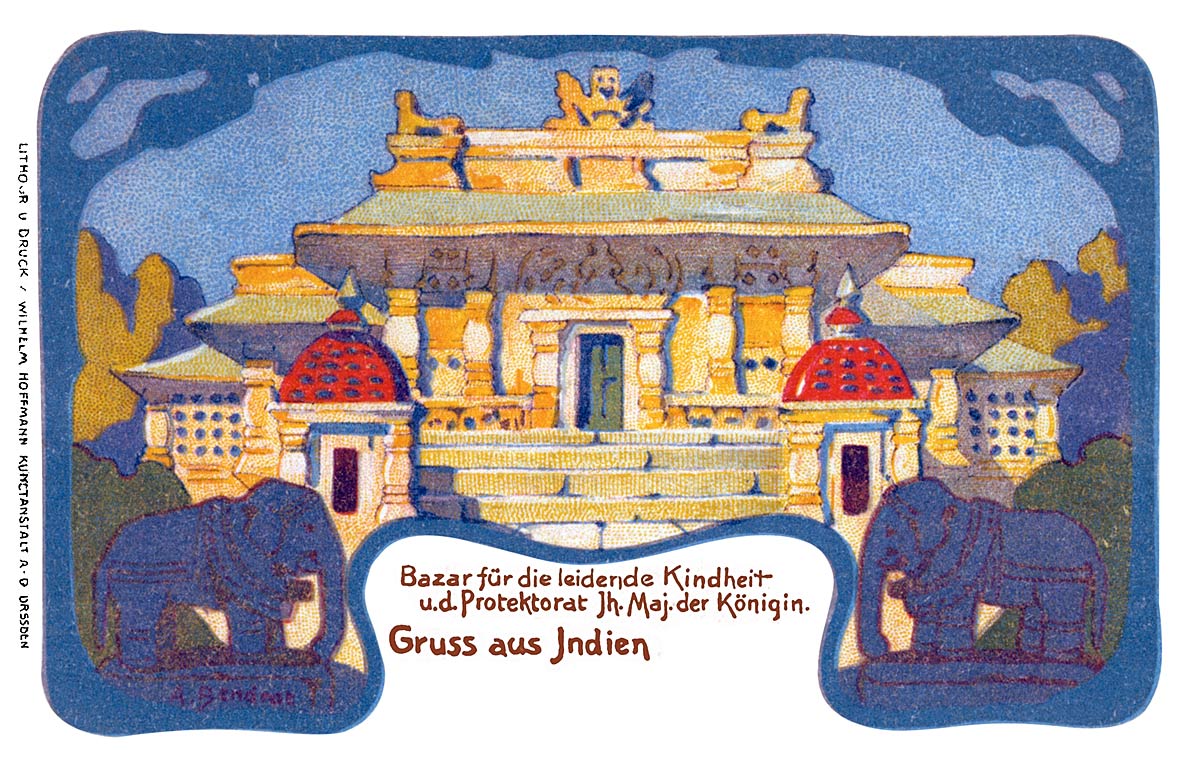 This early postcard was published by the "Bazaar for the Suffering Child," a missionary group in Germany for domestic consumption and draws our attention to two features of early European postcards. One is their use by Church establishments to raise money for their operations in India (the Bazar is said to be under protection of Her Majesty the Queen). The second is the diffuse sense of "the Orient" represented. The elephants may be Indian, but the temple is a vague mix of Indian, Chinese and Japanese architecture. The lithographic artist's name, A. Bendent, is barely readable in the botto left, and the card was printed in Dresden, one of the centers of German postcard printing.