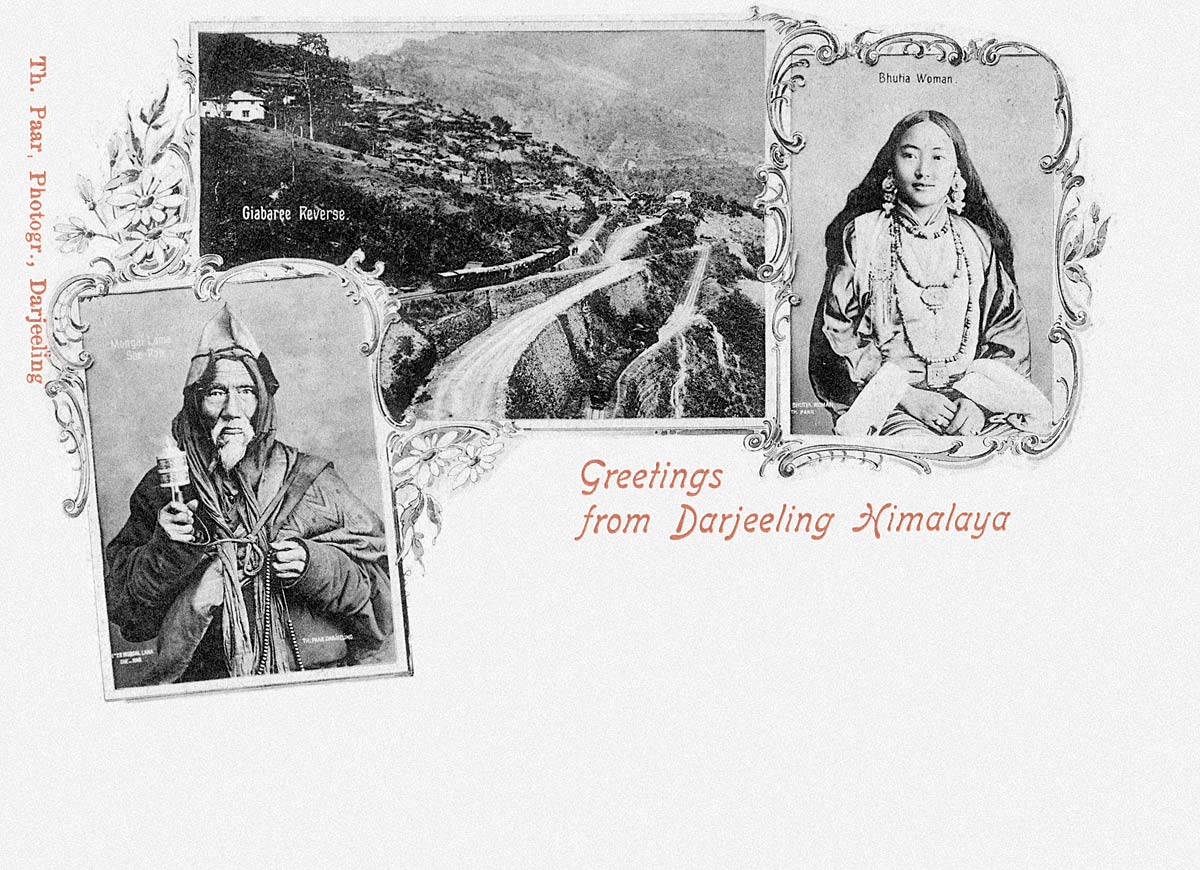 An early "Greetings from" postcard of Darjeeling by its premiere early photographer Thomas Paar. Clare Harris in her excellent book Photography and Tibet (Reaktion, 2016) "deconstructs" the figure on the left, whom she correctly calls a 'poster boy' for Darjeeling at the time given his many appearances in photographs and postcards as a Tibetan Lama or monk. "Establishing his true identity," she writes "can only be accomplished by consulting an original print from the Paar studio that was inscribed with the words 'Mongol Lama: She-rab'. Further research reveals that the monk's full name was Sherap Gyatso and he was actually a Buryat from Siberia. On arrival in the Himalayas in 1870 he had founded a Geluk monastery at Ghoom, on the outskirts of Darjeeling, and in addition to functioning as a senior figure within the Tibetan Buddhist community like Laden La, Ugyen Gyatso and others, he was closely associated with the British and gathered information on their behalf. However, for the purposes of photographic studios and the consumers of prints, the biography of this significant individual was apparently irrelevant to their enjoyment of his image, and his primary duty was to stand as an archetype of his religion" (pp. 41-42).