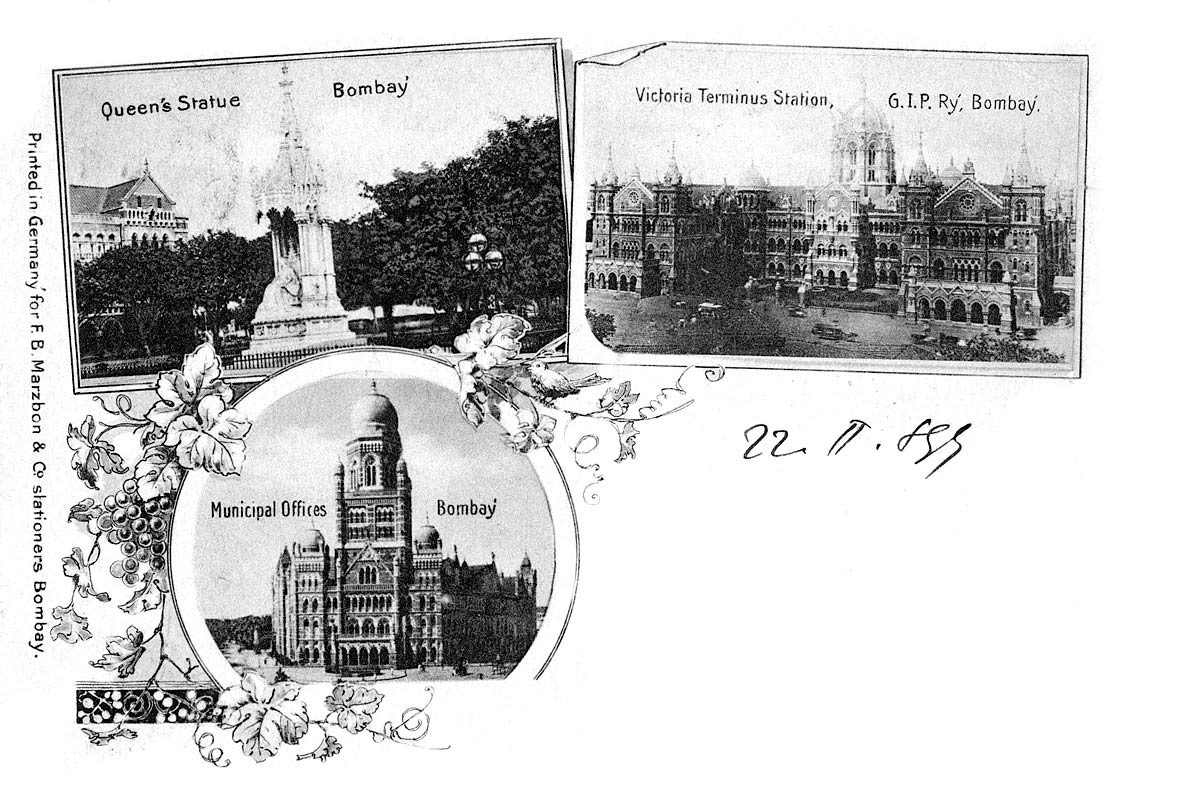 A early Mumbai postcard, with ornament weaving together three photographs of the city. As with these pre-1900 cards sent by continental Europeans, the card is dated on the front in handwriting, February 22, 1899. The card was mailed on the back to a woman whose name is blacked out, with no address other than "Trieste Europe Austria." While it is canceled in Bombay February 28, 1899, it was not canceled in Trieste until Sept. 17th that year, suggested there was some trouble locating the recipient, if she was ever found.

The publisher seems to have been a stationery firm founded by or linked to Fardunji Murzbanji, founder of a Gujarati printing press and Gujarati journalism.