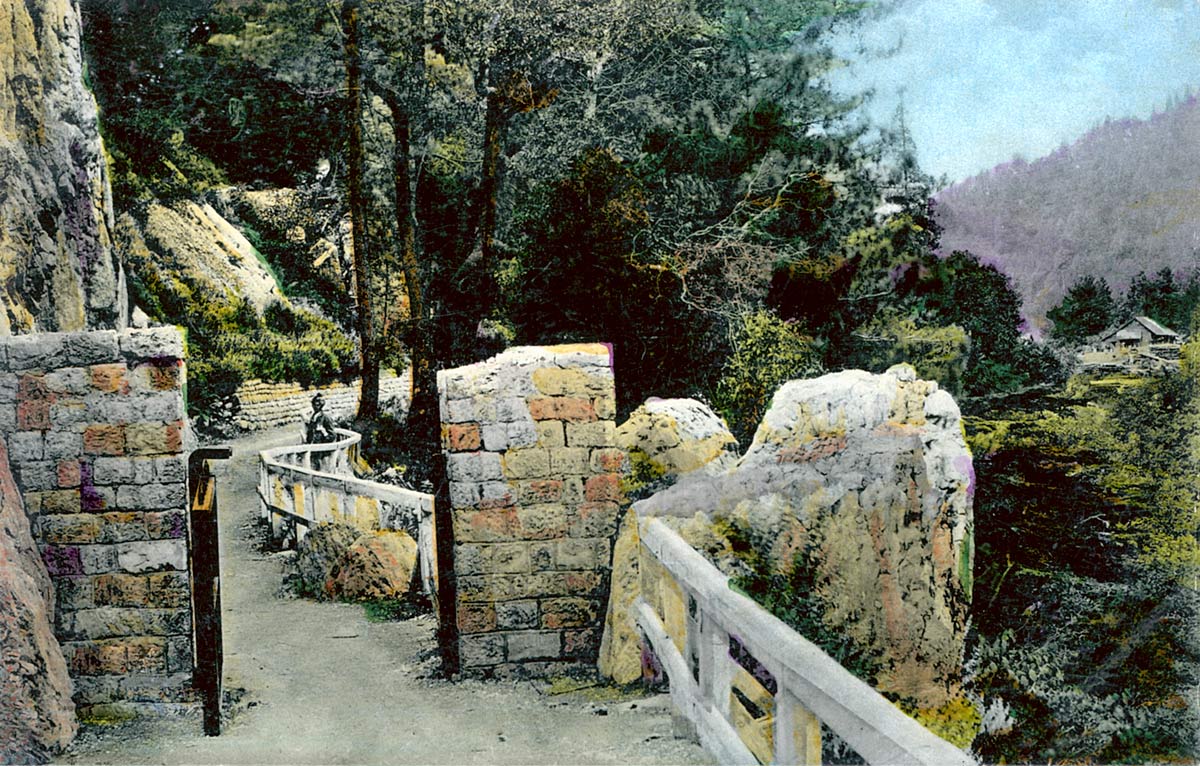 Postcards celebrated infrastructure that made a real difference to residents, in this case a water pipeline critical to the growth and population of the Punjabi hillstation of Murree in the early 20th century.

The pipeline track is also called the Mukshpuri track since the village of Dungagali was situated at the base of Mukshpuri peak. The track is on the way from Nathiagali to Murree and is one of the world's more beautiful water pipelines. Much of it lies in an area today known as Ayubia National Park.