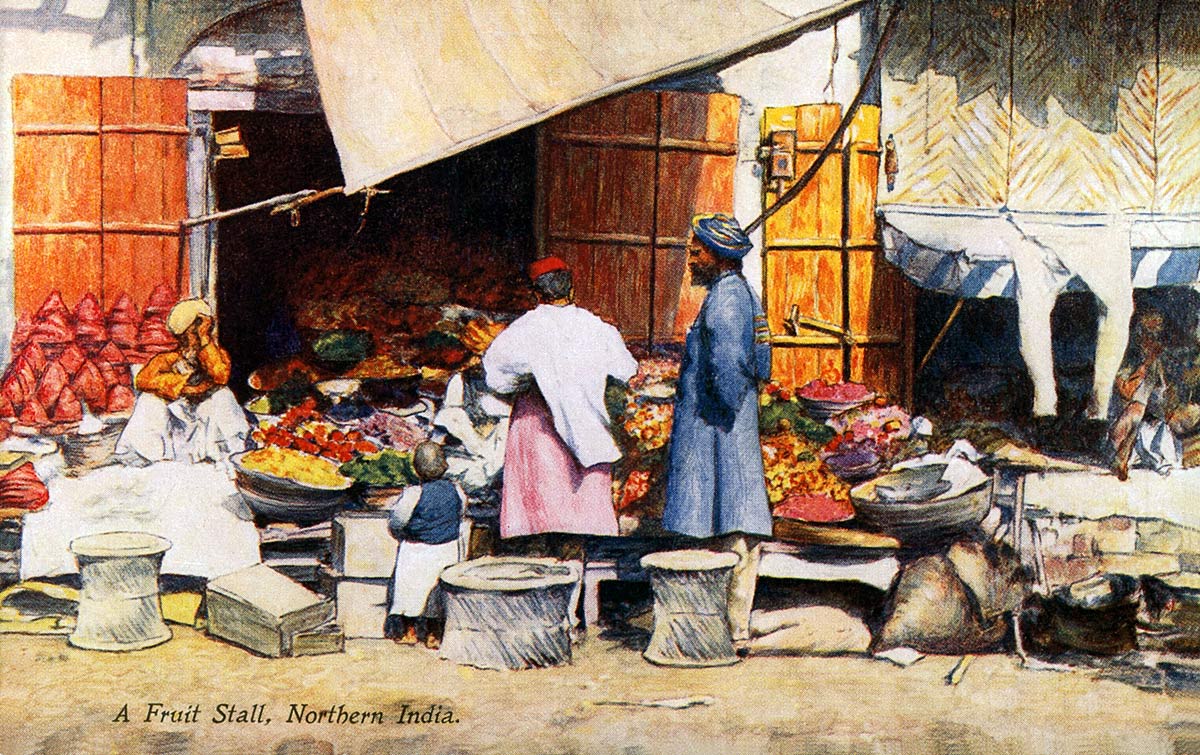 [Original caption] Indian fruit is varied and luscious. Among the most popular are melons, guavas, bananas and mangoes. These, and others, are readily bought, and the fruit stall is a flourishing institution in every Indian bazaar. [end]

From a series of postcards by the painter Mortimer Menpes (1855-1938). His trip to India for the 1903 Durbar in Delhi led to a set of books and numerous watercolour paintings, a number of which became postcards by Raphael Tuck & Sons and A.C. Black & Co., two high-end London printers who were able to use their skills to bring the richness of his paintings to a mass medium.