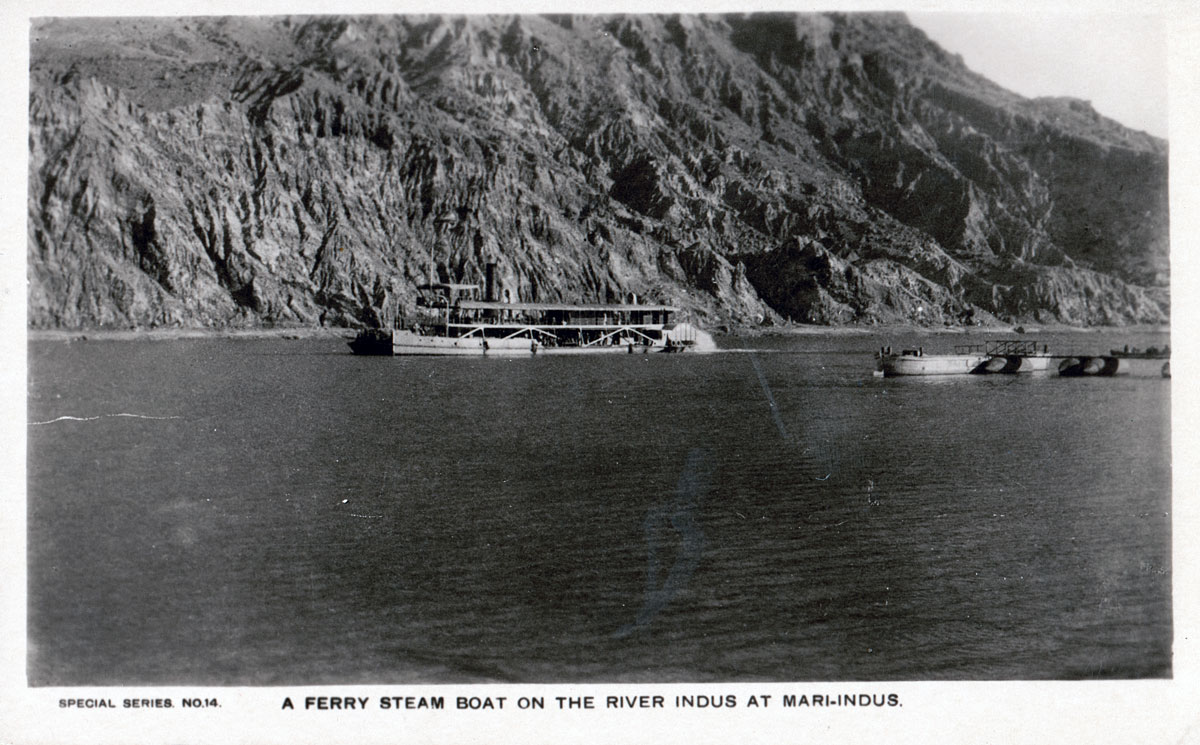 A Ferry Steam Boat on the River Indus at Mari-Indus

This does not seem like a fancy Indus river steamer. It is after the heyday of the Indus steamer business that actually never really displaced the boatmen's traffic along the Indus and other river systems in Punjab, UP and Sindh. This is one of the many fine lines of inquiry and conclusions in Clive Dewey's excellent Steamboats on the Indus (Oxford India, 2014). He writes: "The dramatic living conditions on board the Indus steamers reflected the enormous gulf between the ruling race and the mass of the poverty-stricken population. At their best, they were comfortable compared with every other form of transport in mid-nineteenth century India. The most senior officials and the most senior army officers, the tiny elite who could command entire steamers for themselves, sailed along the Indus in miniature versions of ocean-going yachts. At their worst they were squalid: far worse than the better class of country boat. British soldiers complained bitterly about the overcrowding and the lousy rations. But they were privileged compared with the sick and wounded sepoys who were being invalided out of war zones at the end of their useful lives" (Steamboats, p. 93).