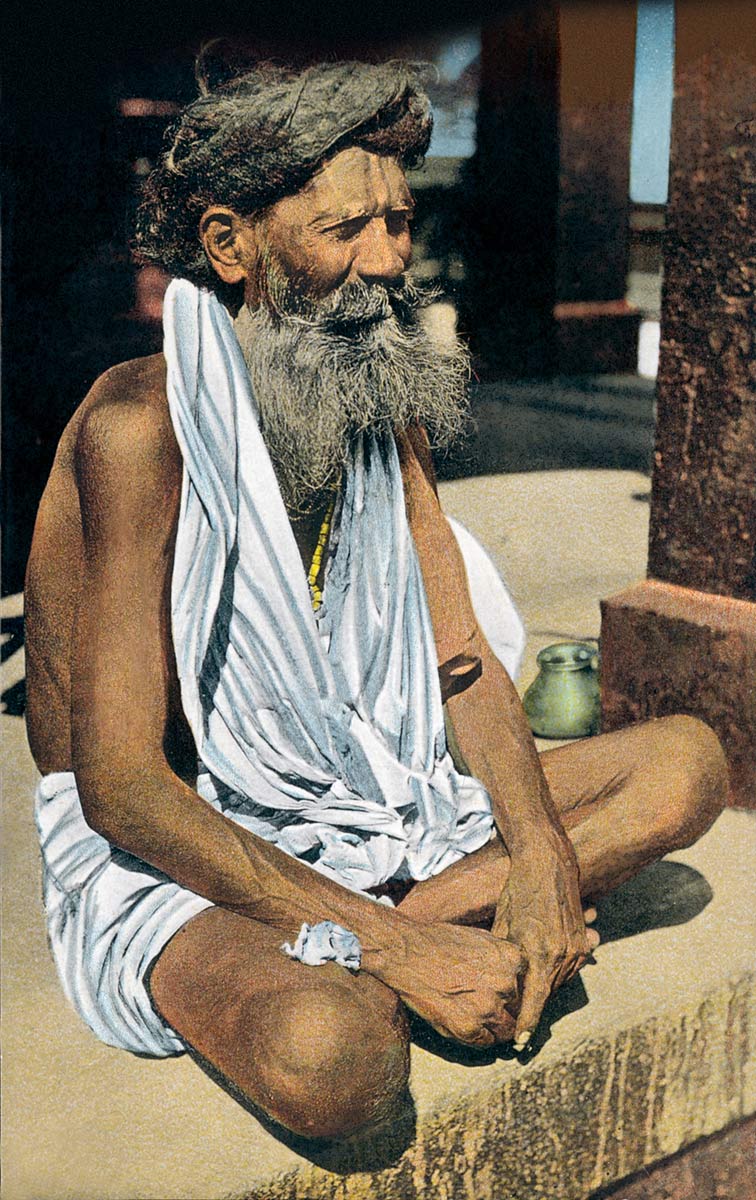 Hobson-Jobson defines fakir as "s. Hind. from Arab. faḳīr ('poor'). Properly an indigent person, but specially 'one poor in the sight of God,' applied to a Mahommedan religious mendicant, and then, loosely and inaccurately, to Hindu devotees and naked ascetics. And this last is the most ordinary Anglo-Indian use" (1903, p. 347).

This postcard shows how close the German "Lichtdruck" or "light print" collotype process could come to replicating the rich detail and colour of a photograph, decades before that process became popular.