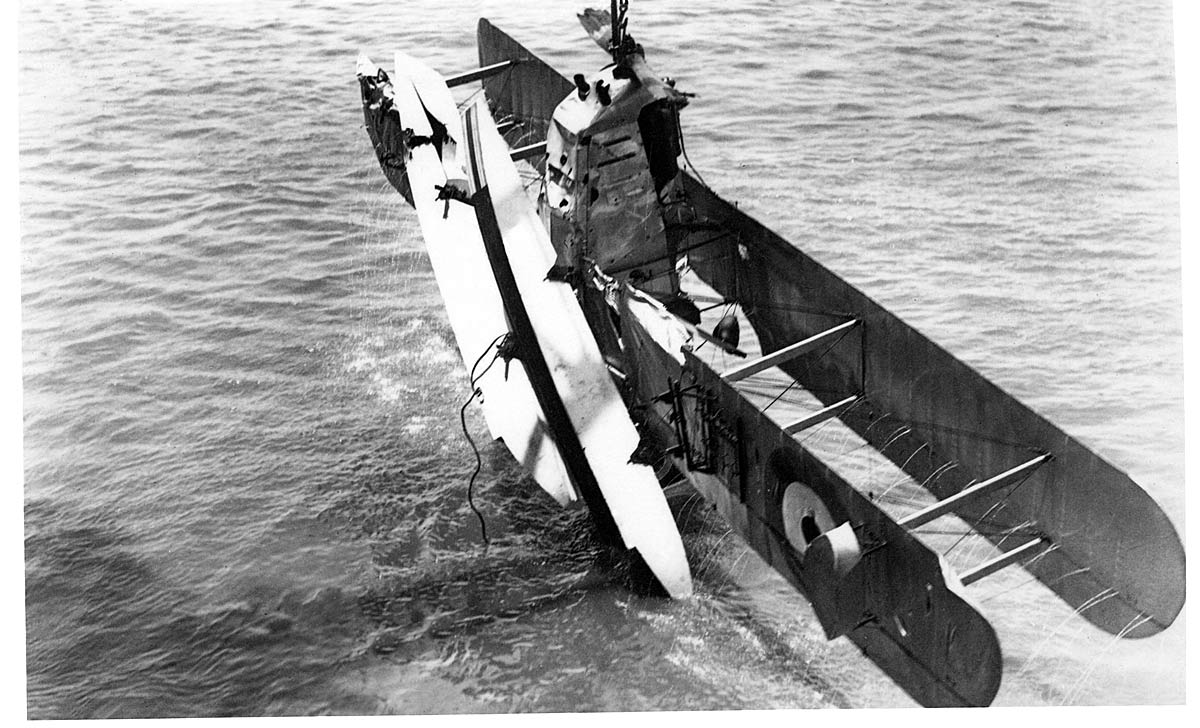 [Verso Original handwritten caption] After an argument with the sails of a sampan. [end]

An unusual real photo postcard of the Fairey IIID, an early 1920s British seaplane that "was popular with aircrew but they were difficult to maintain and when used in tropical and sub-tropical areas their performance was significantly degraded," according to one source (ADF Serials). The light-hearted caption suggests the writer or photographer may have been or known one of the typically two pilots who flew the plane.