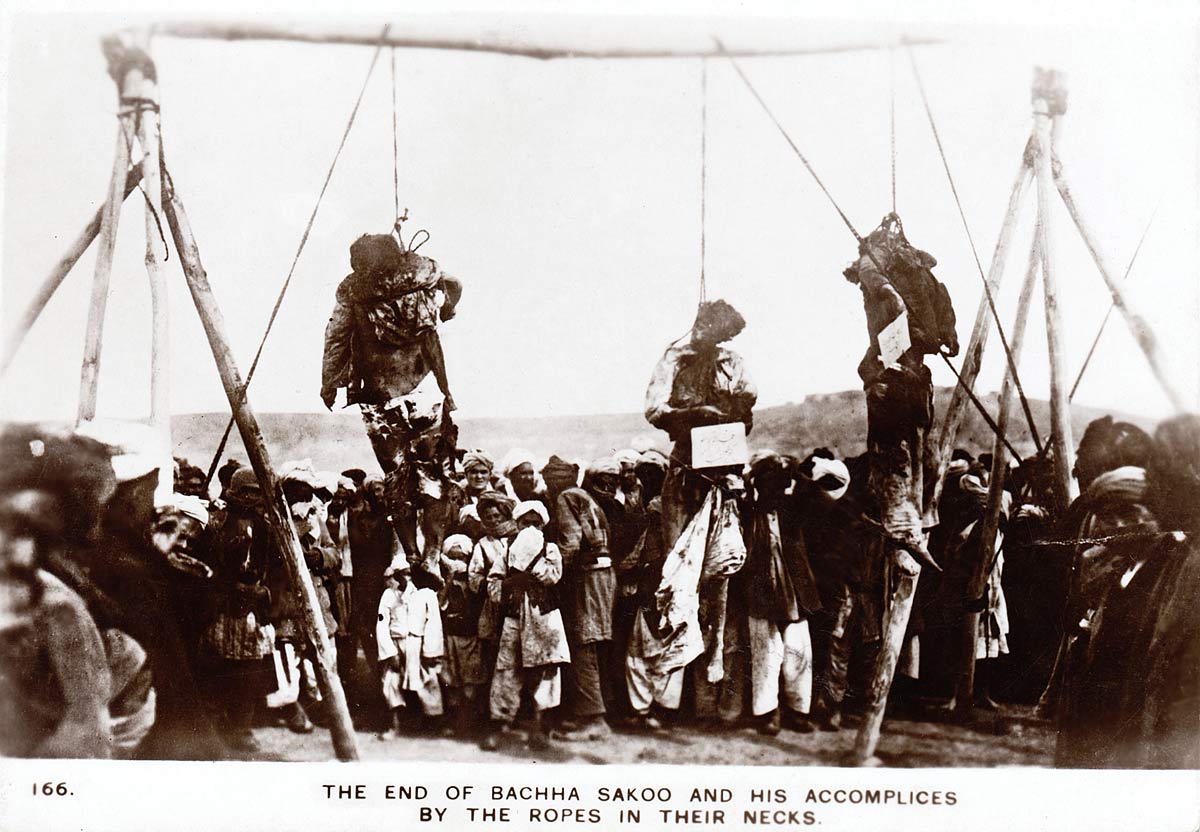 The End of Baccha Sakoo and his Accomplices by the Ropes in their Necks.

This postcard shows the so-called "Bandit King" of Afghanistan, Habibullah Kalkani – "Bachha Sakoo," the son of a water-carrier – who led a successful revolt against King Amanullah of Afghanistan in January 1929. He ruled briefly until the British helped the former King's commander Nadir Shah to defeat Kalkani and exile Amanullah in one fell swoop later in the year. How Kalkani perished is unclear. There are postcards which show him purportedly hung, others stoned to death. That Kalkani's end was violent there is little doubt.