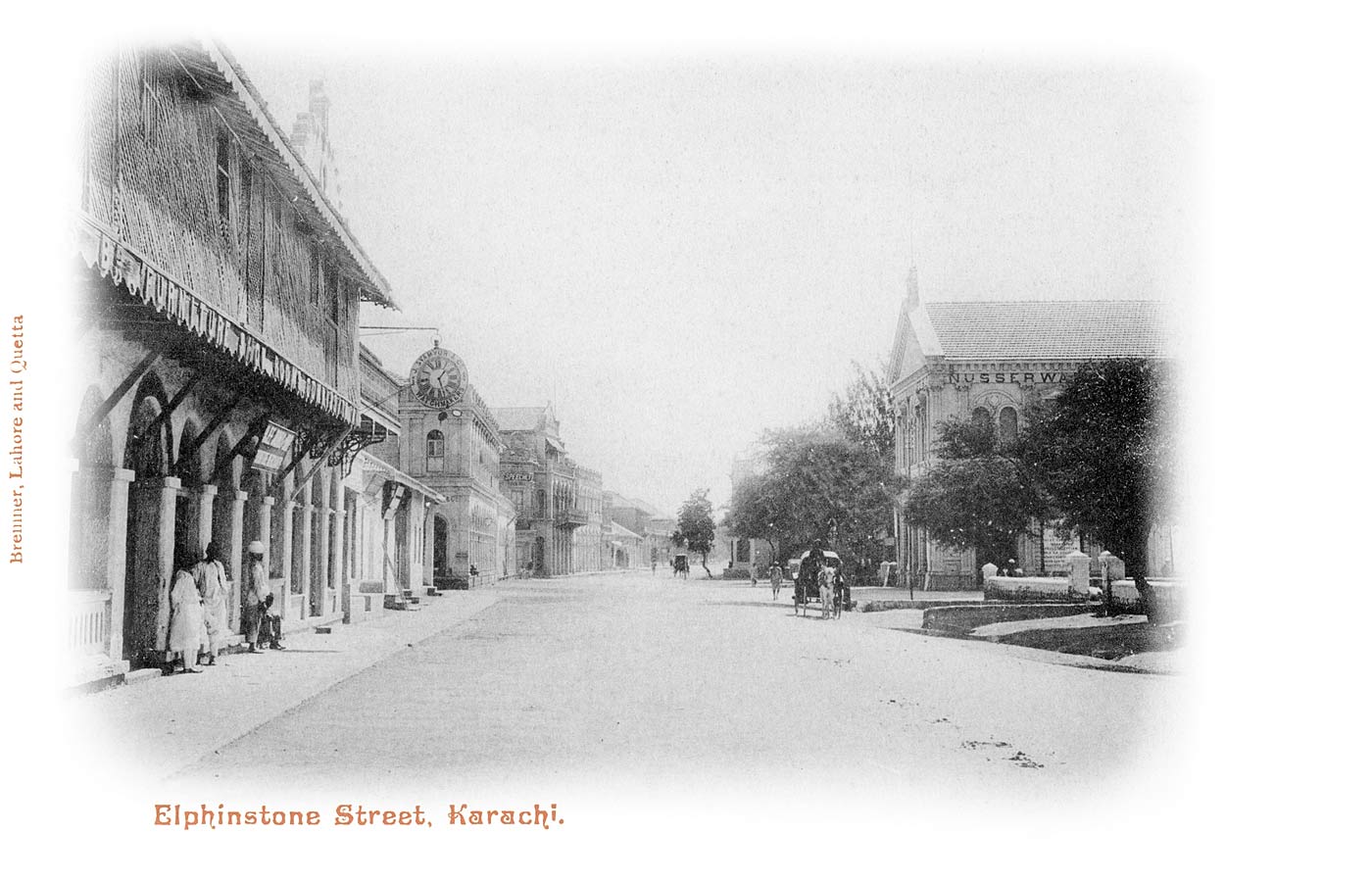 An view of one of Karachi's major arteries. This view by Fred Bremner is probably from 1889 or the early 1890s when he first settled in the city and became one of its earliest photographers. Within a few decades the same street became far more crowded; Today it is often unnavigable during working and evening hours unless one has a lot of time.