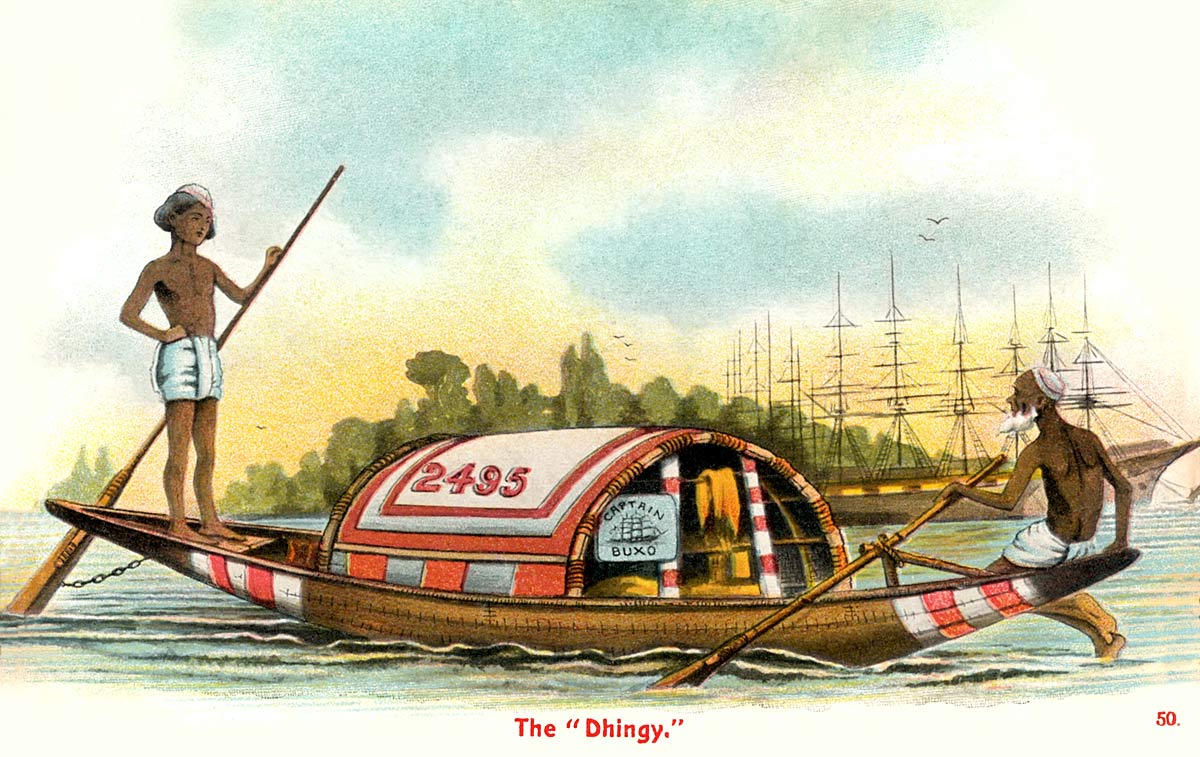 A small boat on the Hooghly, the "Captain Buxo." Hobson-Jobson defines "DINGY, DINGHY , s. Beng. diṇgī; [H. dingī, dengī, another form of dongī, Skt. droṇa, 'a trough.'] A small boat or skiff; sometimes also 'a canoe,' i.e. dug out of a single trunk. This word is not merely Anglo-Indian; it has become legitimately incorporated in the vocabulary of the British navy, as the name of the smallest ship's boat; [in this sense, according to the N.E.D., first in Midshipman Easy (1836)]. Dingā occurs as the name of some kind of war-boat used by the Portuguese in the defence of Hugli in 1631 ("Sixty-four large díngas"; Elliot, vii. 34). The word dingī is also used for vessels of size in the quotation from Tippoo. Sir J. Campbell, in the Bombay Gazetteer, says that dhangī is a large vessel belonging to the Mekrān coast; the word is said to mean 'a log' in Bilūchī. In Guzerat the larger vessel seems to be called dangā; and besides this there is dhangī, like a canoe, but built, not dug out" (1903, p. 318).