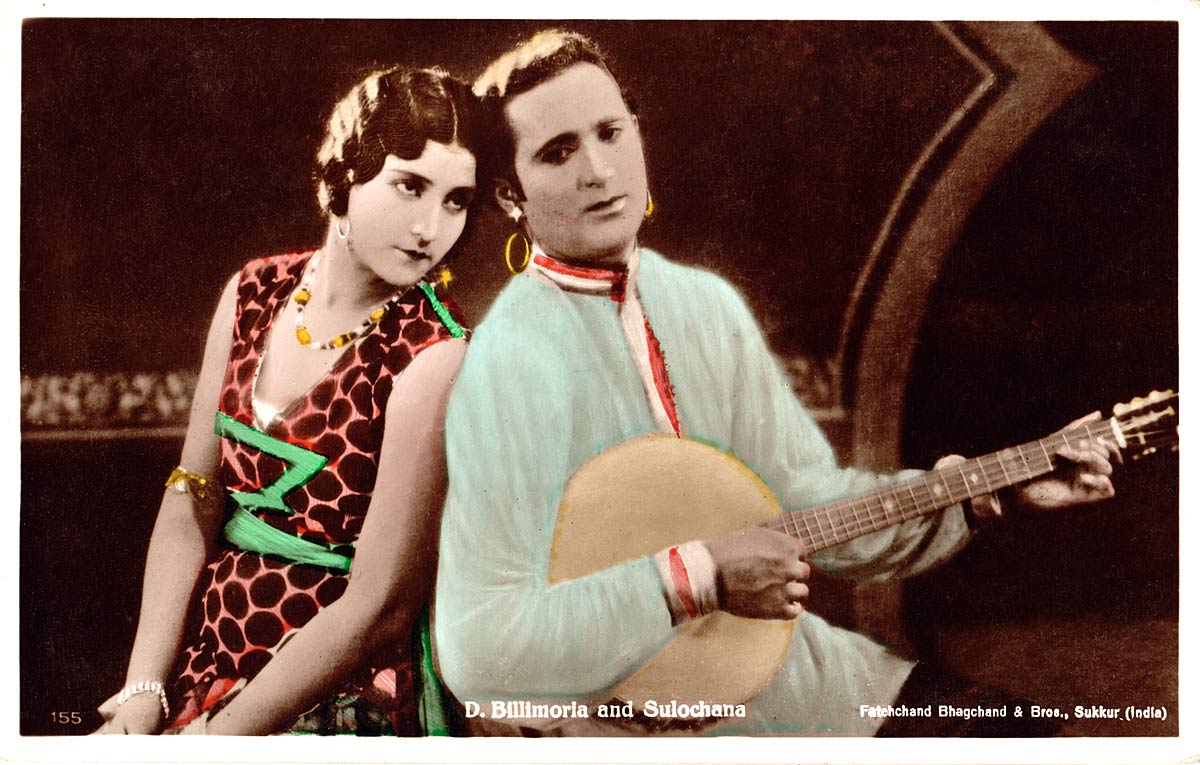 One of early Indian cinema's most famous silent and sound film actors, Dinshaw Billimoria, shown here with his favorite co-star and romantic lead, Sulochana (also known as Ruby Myers). The two made a number of silent films together, some of which were reshot when sound came along, like Anarkali (1928, 1935) and Bambai ki Billi (Wildcat of Bombay) (1927, 1936) and it is probably from one of these movies that this still originates.