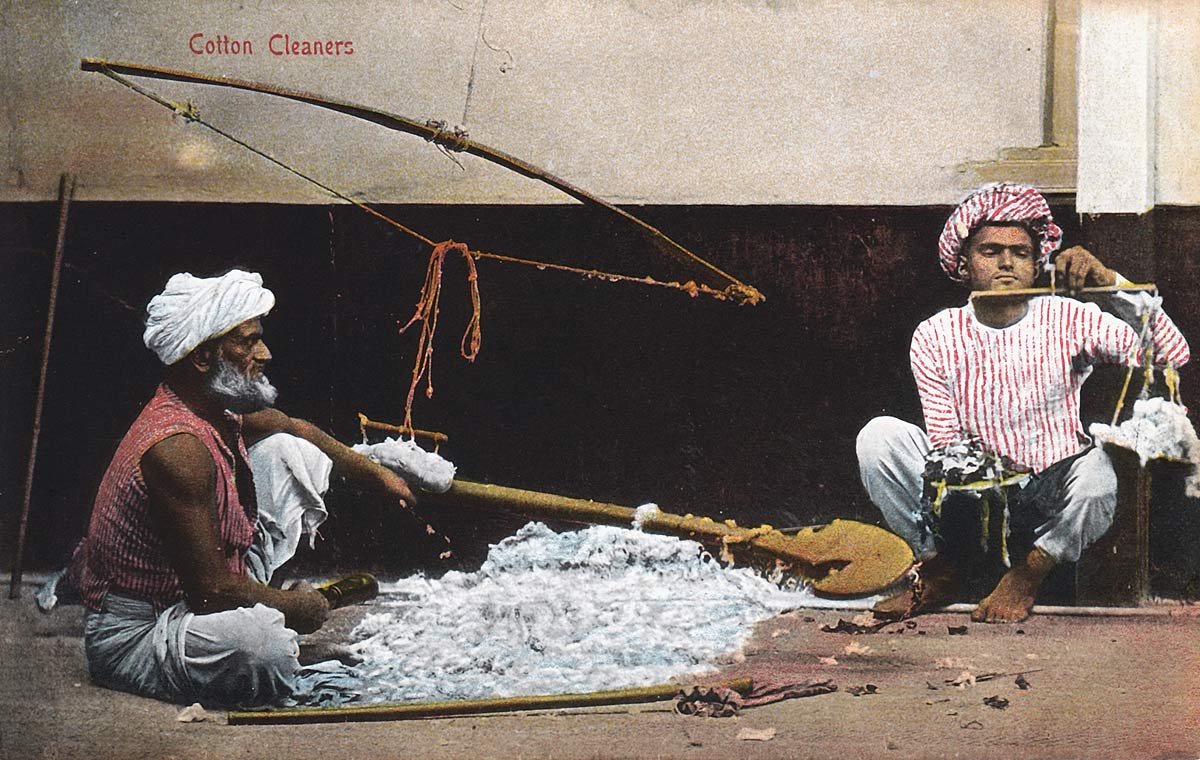 Cotton cultivation in the ancient world may have originated in India 6,000 years ago. Although India's cotton sector declined during the late 18th and early 19th century, during the American Civil War in the 1860s it grew enormously to replace the lost production from America for British mills. The city of Bombay developed in large part during the latter half of the 19th century because of the international cotton trade. The wealth generated by this trade financed the city's unique “Gothic Indo-Sarcenic” style buildings. Cotton remains the most widely used natural fiber in the modern age.