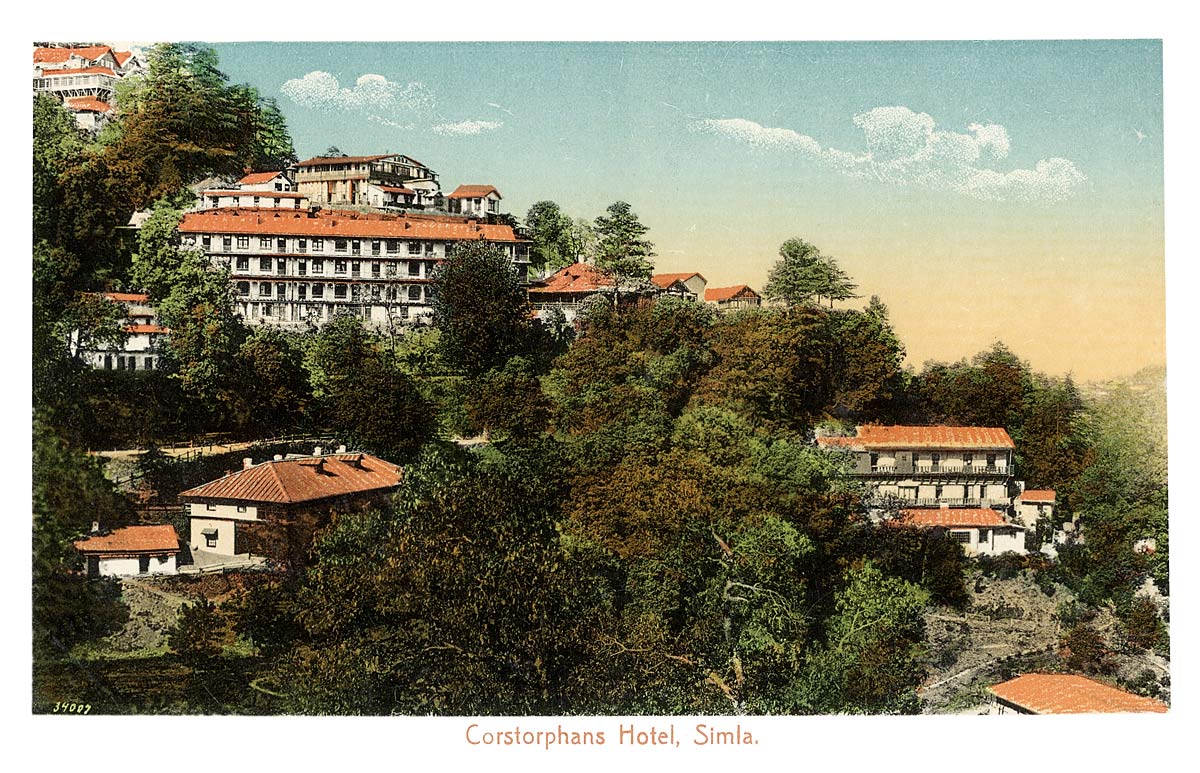 While this postcard is from the early 1900s, as late as 1938 Murray's Handbook for India, Burma and Ceylon still recommended Costorphan's Hotel, with Cecil (Faletti's), Grand and Elysium to its travelers to the hillstation. "At the end of March," goes Murrays, "the Supreme Government quits Delhi for Simla, which is largely deserted in the winter, though several of the Army headquarters Offices now remain there all the year round. Simla is lit by electricity, installed in 1913." (p. 326)