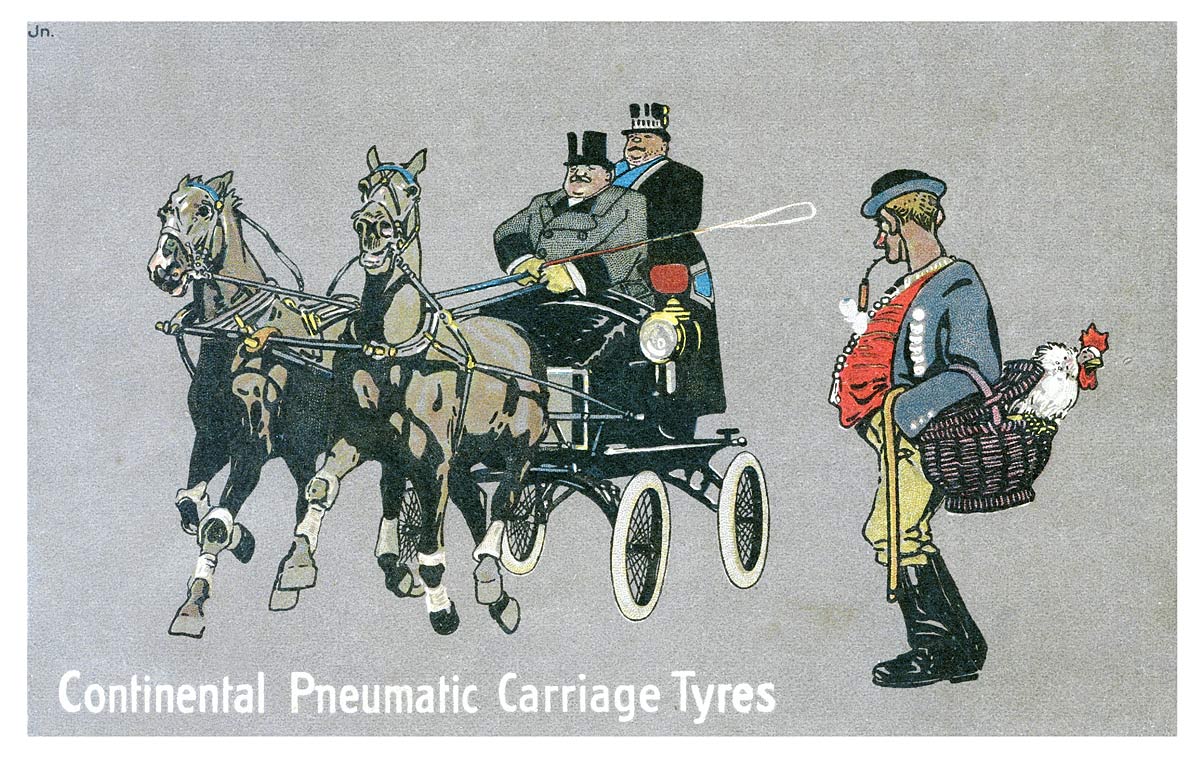 Before there were cars, there were carriages, and even these could benefit from pneumatic tyres which were inflated by air and led to more comfortable rides. While this card shows a British scene, it was published by the firm's Indian affiliate with six offices in South Asia. In 1915 it was involved in a famous legal case for most of its shareholders were actually German even if it was registered in Britain, and they were, it was decided, not legally entitled to remit profits during World War I. From the very beginning, global businesses and national interests could be murky.