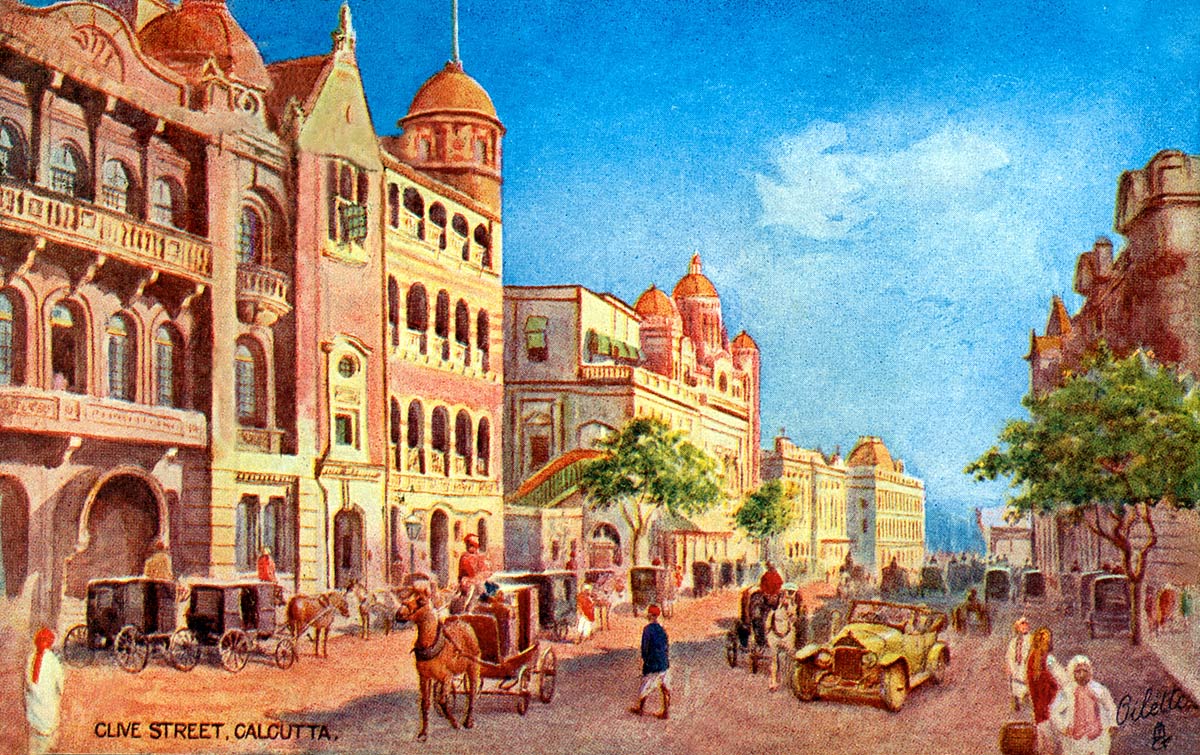 [Original caption] Clive Street, Calcutta. This perpetuates the name of Clive who retook Calcutta after it had been captured by the Nawab of Bengal in June, 1756. Six months after the tragic episode of the "Black Hole." Clive came with ships under Admiral Watson, and on the 2nd of January, 1757, Calcutta was retaken and from this time forward enjoyed uninterrupted prosperity. [end]

[Verso] Postmarked 8 Dec. 1936 (?) and sent to "Miss Judith LacySmith (?), The Cottage Hawkhurst Kent England. I often go down this street, but this is an old photograph and its quite different now. Love from Daddy."