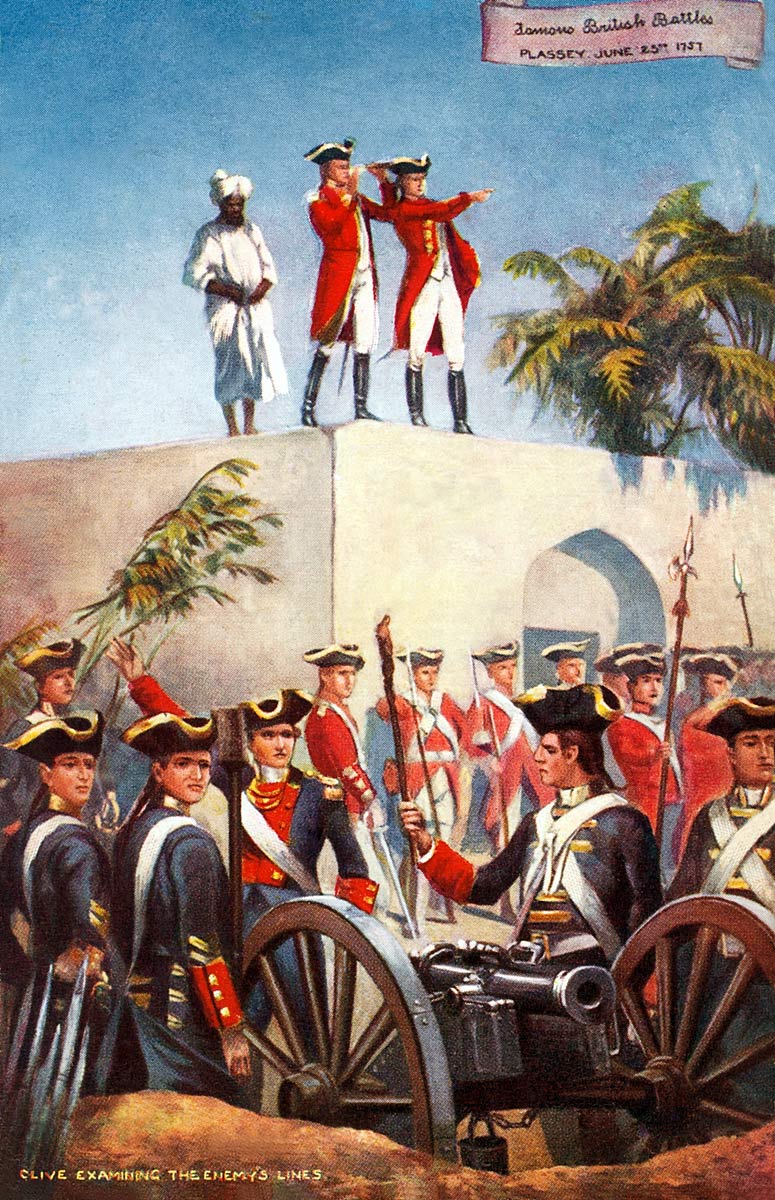 [Original caption] Plassey. A small village in Bengal, celebrated for the famous victory of Lord Clive, June 23, 1757. With 3,000 men he defeated the Nabob Surajah Dowlah and his vast host of 60,000 men at a loss to himself of only 20 white men and 50 sepoys. This battle decided the fate of Bengal and secured India for Britain. [end]

Colonial mythology relied on the continuous reproduction of stories and the corresponding visual memorabilia by which imperialism nourished itself, in this case through a postcard almost 200 years after the event based on an illustration by an artist, R. Caton Woodville, known for his glorification of the British army. Note the distinction between races of casualties in the caption. In this case, the postcard on the back was also used as an "Undissected Duplicate of a Tuck's Picture Puzzle Postcard for Progressive Picture Puzzle Parties, etc.," testifying to the way these images were also woven into a performative social fabric, endlessly rehearsed and inculcated thousands of miles from the battle scene.