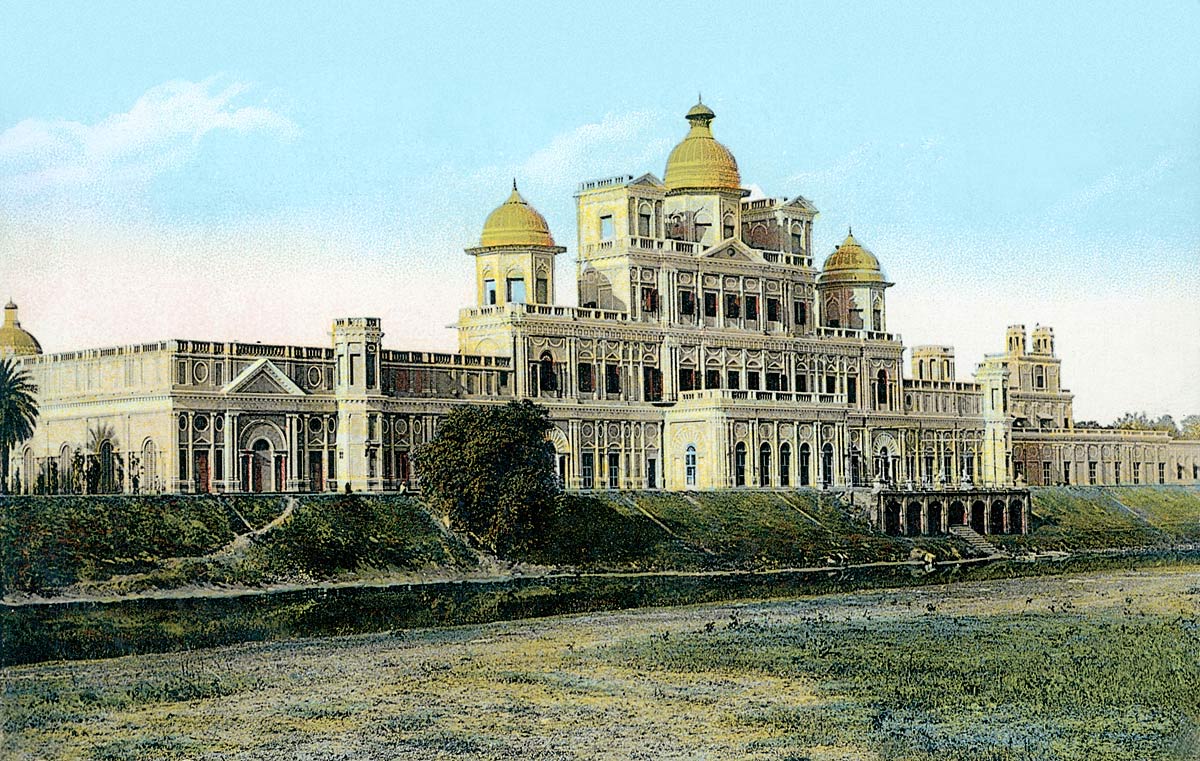 One of the most famous palaces in Lucknow, built by Nawab Ghazi-ud-Din Haider in the early 19th century, the Chattar Manzil epitomized the eclectic mixture of European and Indian architectural styles that made Lucknow so photogenic for early photographers and illustrators. "Chattar" refers to the umbrella-like domes used on this and a smaller building destroyed in 1858, when the complex served as a stronghold of resistance to the British (another reason it was so often photographed). After utilization by many different agencies in modern India, it is now empty and waiting to be turned into a museum.