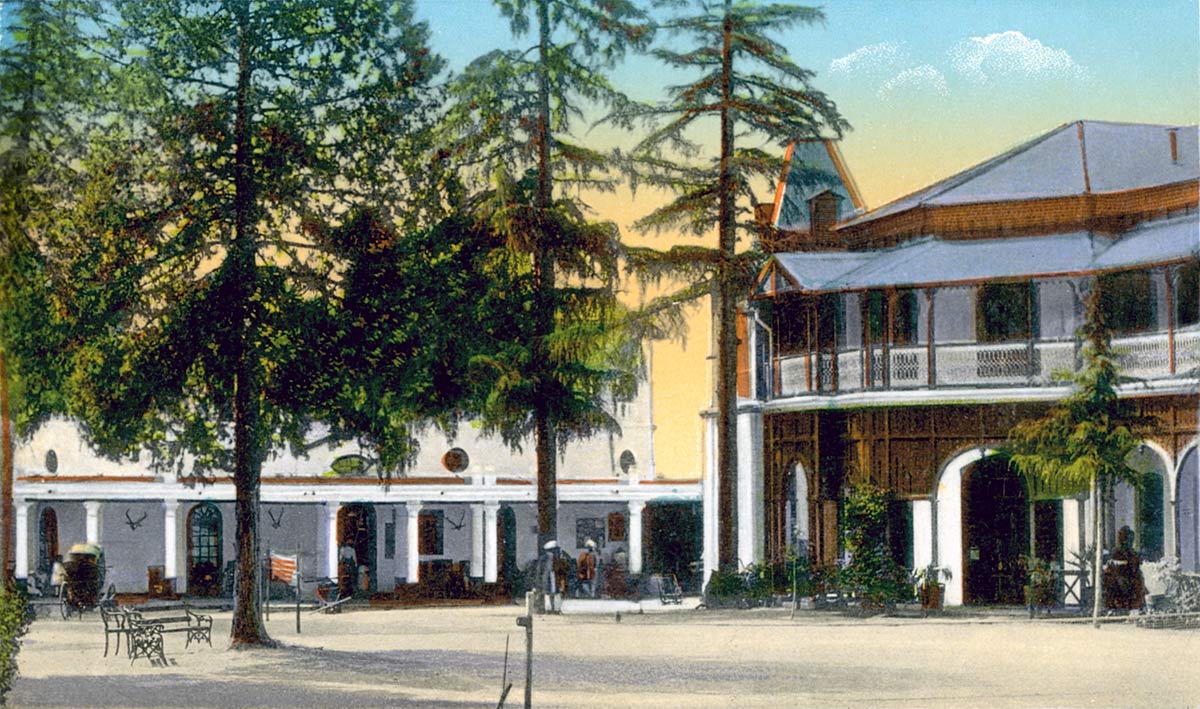 When Rudyard Kipling visited Mussoorie in the summer 1888, he wrote two verses by hand in a book of photographs in an album of photographs by Alex Hill (now in the Library of Congress in Washington D.C.), which can be found on the website of The Kipling Society, the first under an image like that of the postcard above:

A burning sun in cloudless skies
And April dies,
A dusty mall—three sunsets splendid—
And May is ended,
Grey mud beneath—grey cloud o'erhead
And June is dead.
A little bill in late July
And then we fly.

and a second under another photograph of the hotel (Wutzler was the manager):

And there were men with a thousand wants
And women with babes galore—
But the dear little angels in Heaven know
That Wutzler never swore.

The Charleville Hotel Mussorie was also the only Hotel in Mussorie patronized by Her Majesty Queen Mary (as she later became) during her visit to Mussoorie in 1906. It is currently the site for the Lal Bahadur Shastri National Academy of Administration.