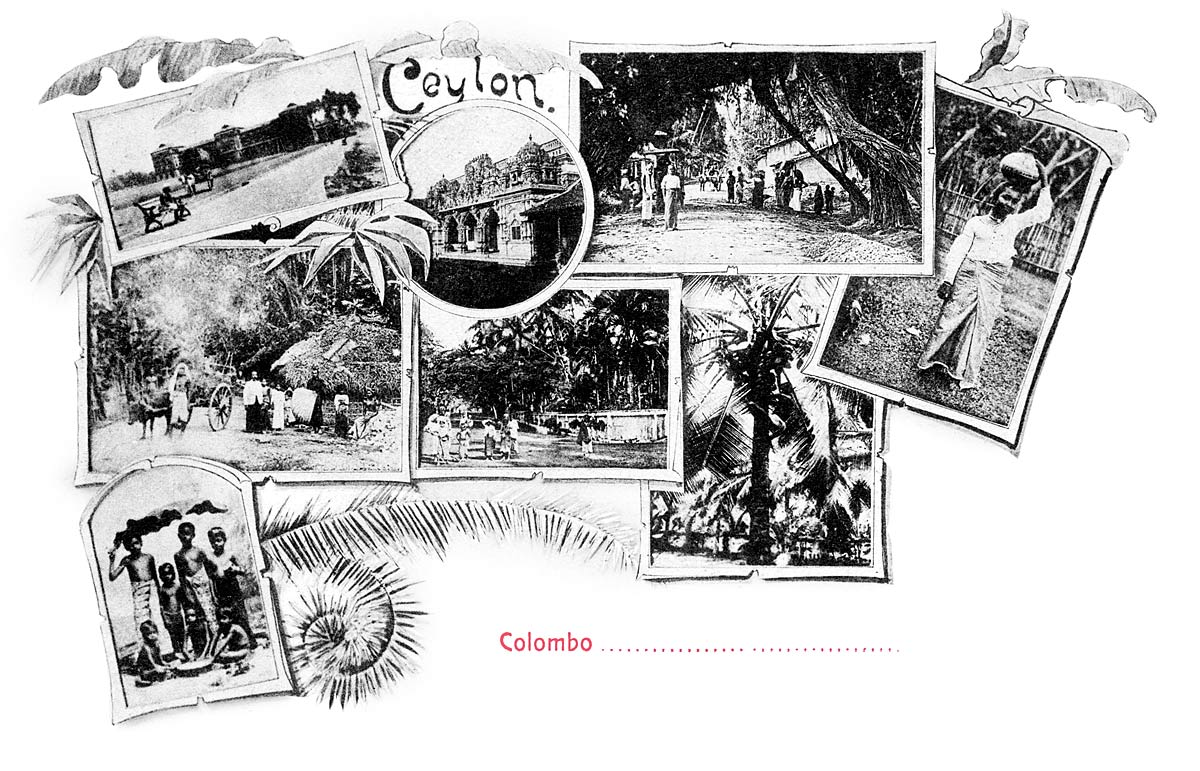 A later "Greetings from" postcard where the divided back, allowing people to write messages on the back of cards in addition to the address, allowed the publisher to put many more photographs of the place on the front. Once the divided back was allowed in Britain in 1902, and its use spread throughout the world (in the US it was only allowed in 1907), this kind of multi-view "Greetings from" postcard became much less common, with single images dominating the whole front of a postcard.