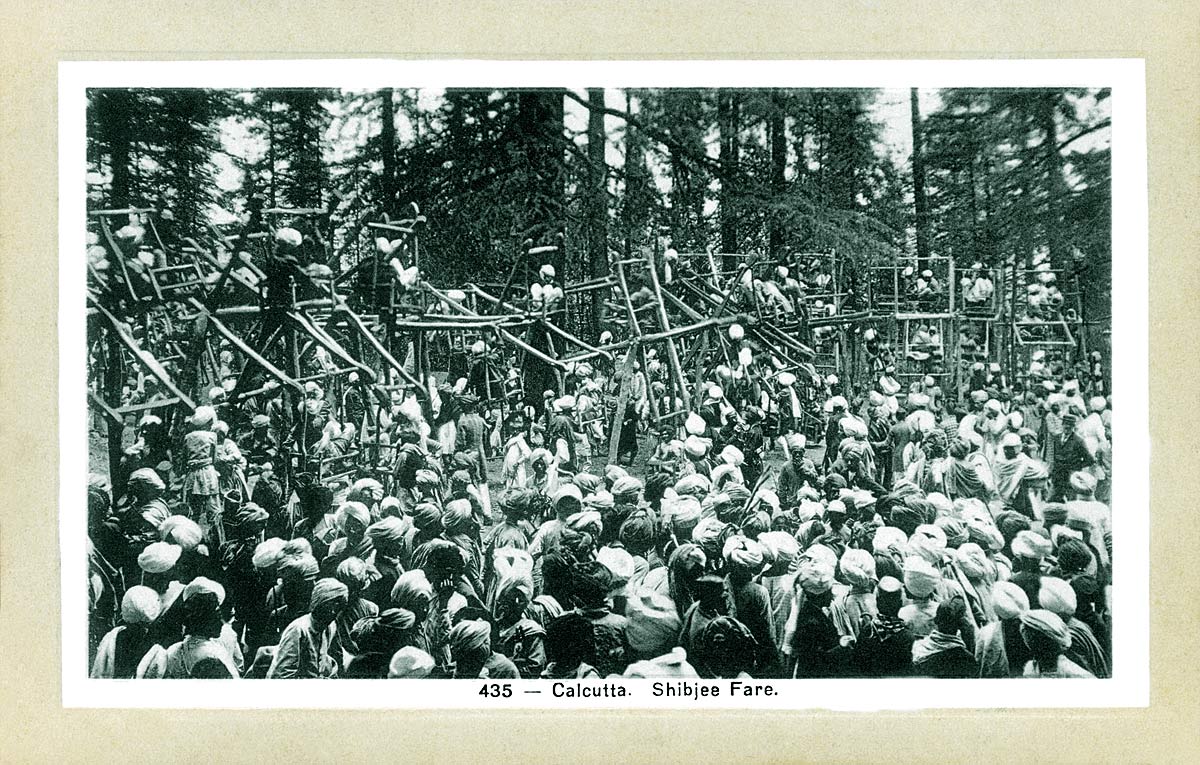 An unusually lively postcard with what seem to be wooden full circle swings or spinners common at amusement fairs. What exactly the Shibjee Fare [Fair] was is unclear. Nestor Gianaclis was a Greek merchant help found the Egyptian tobacco industry in the late 19th century, which exported tobacco around the world and apparently had an office in Kolkata, much like another prominent Greek tobacco retailer in the city, D. Macropolo. Both firms were postcard publishers too, no doubt because selling both products from one location made business sense, but also perhaps because lighting a cigarette or pipe and sitting down to write a postcard may have been a pleasant pastime.