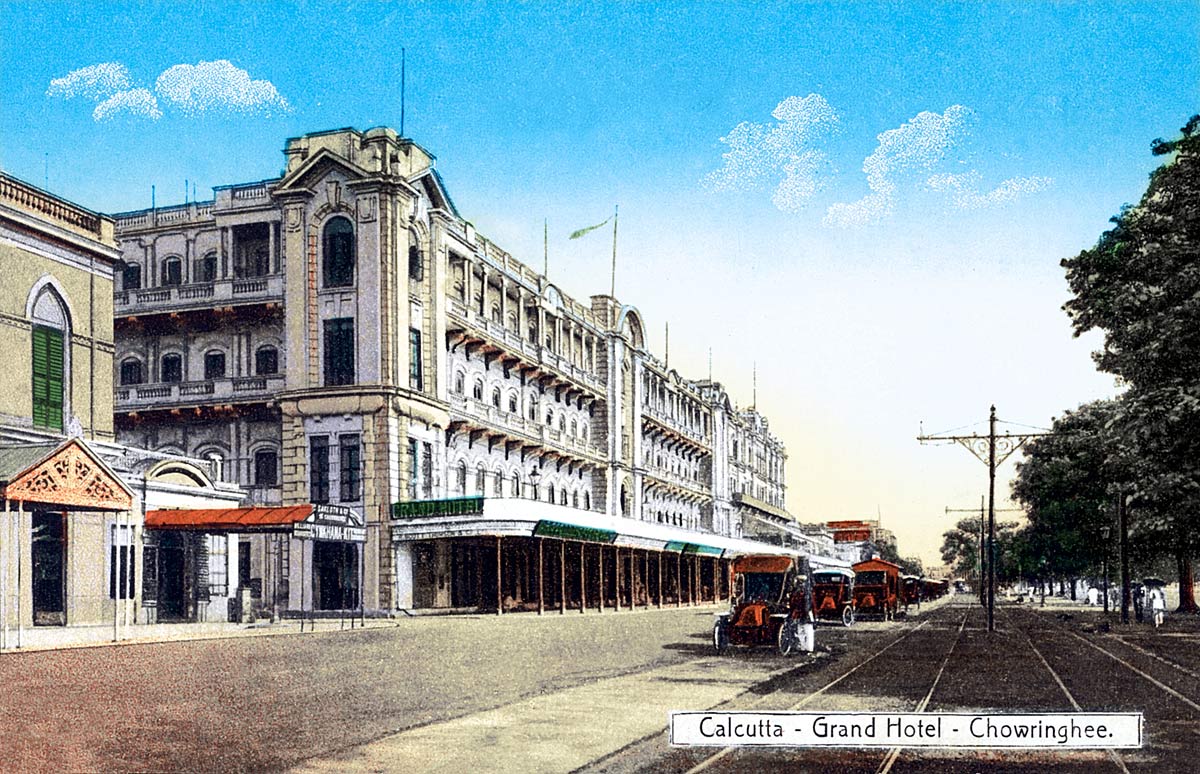 "Vast indeed have been the changes that have occurred in Calcutta during the past few decades," writes Allister Macmillan in Seaports of India and Ceylon, "but none has been more remarkable than that represented by the Grand Hotel, which occupies an area od five acres on the site of the old Theatre Royal and Mrs. Monk's boarding houses of happy memories . . .. The Grand Hotel employs 730 persons, and 12 of them are engaged as guides for the guests, who would otherwise have much difficulty finding their way about the huge building. It has 500 bedrooms, each with its own bathroom and sanitary arrangements on the most up-to-date system. The floors throughout the hotel as well as the bedrooms and corridors are of marble.. It would be most interesting to ascertain the mileage of the corridors, for it must be extensive. The hotel has four dining rooms, accommodating 1,00 guests, and to each there is a kitchen with latest equipments. In addition, there is an excellent banquet-room, seating 400 persons, where the local Rotary Club holds its weekly meetings, also private dining-rooms . . . The Grand Hotel has three orchestras, and on Wednesday and Saturday nights there are tea and dinner dances, and on Sunday there are morning concerts, which are greatly appreciated and largely attended" (1928, p. 125).