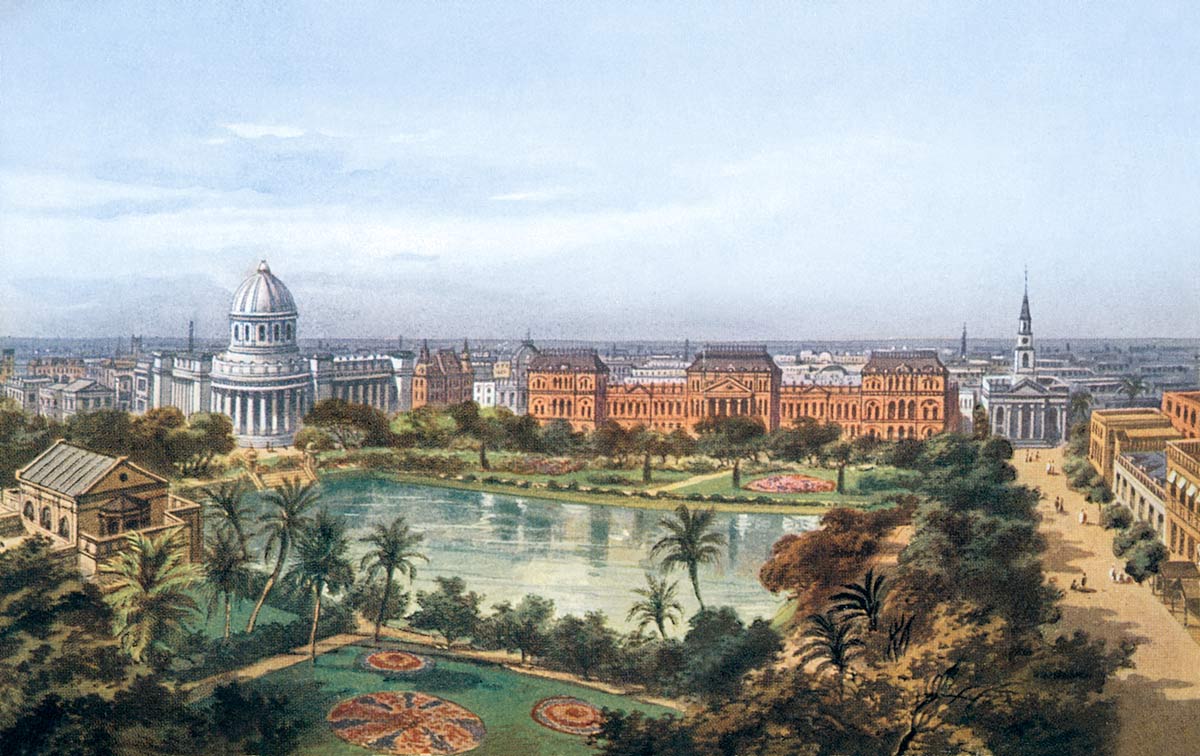 Another F. Perlberg signed postcard. Murrays A Handbook for Travellers in India Burma and Ceylon (1938) writes of this view "On the W.[est] side of Dalhousie Square is the large domed building of the General Post Office, occupying part of the site of the Old Fort. It occupies an area of 103,100 sq. ft. The reinforced concrete dome at the S.E. corner is over 22- ft. high. . .. On the N.[orth] side of Dalhousie Square are the long buildings of the Bengal Secretariat, known as Writer's Buildings. E.[ast] of Writer's Buildings is the Scotch Kirk, St. Andrews, situated in Radha Bazar and called by the natives Lal Girja, or Red Church. It cost £20,000, was opened in 1818, and seats 500 persons. . .. Directly E.[ast] of the Kirk is the Lal Bazaar and its continuation, Bow Bazaar Street.About 200 yds. from the corner of Dalhousie Square, are the Central offices, commonly called Lal Bazar, of the Calcutta Police" (pp. 120-122).