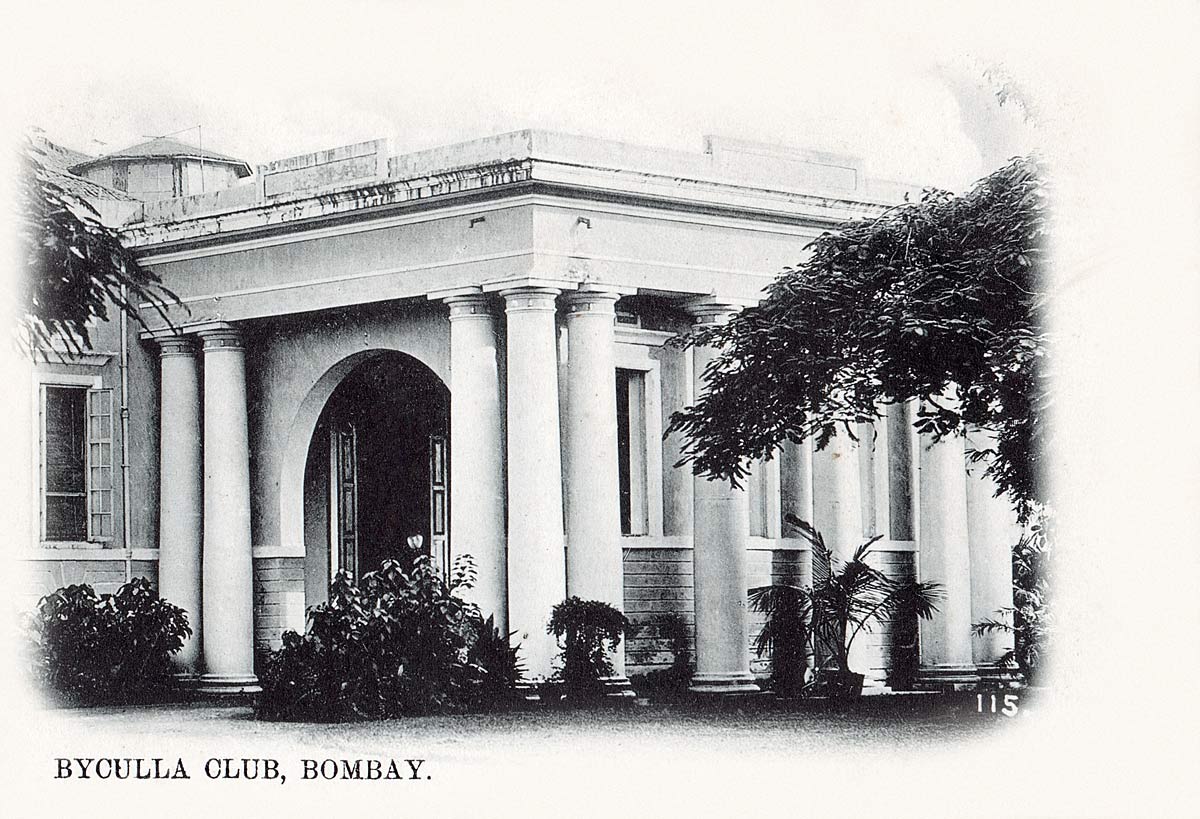 A postcard where the angle and architecture combine effectively to represent the role an institution once played in India's political and social life. The Byculla club was opened in 1833, and was one of the oldest and most prestigious clubs during the Raj. At the time, Bombay had a European population of 1,300 and about one half were expected to join according to Benjamin Cohen, whose In the Club (2015) is the first book to explore the history of these key communities. The Byculla Club was involved in the 1857 uprising, reluctantly welcoming a British regiment sent to protect Europeans. Many speeches were made here, including Lord Curzon's famous farewell to India in 1905 where he outlined the duties of a Viceroy. "Curzon and the members of the Club," writes Cohen, "considered club space to be an important imperial space linked with the power of the ruling authority" (p. 51). In 1946, facing the prospect of Independence, a crumbling infrastructure, and an enormous sum bid for prime Bombay real estate, the Byculla Club chose to shut down, with each of its members receiving about Rs. 12,000, "an offer almost no one could refuse" (p. 169).