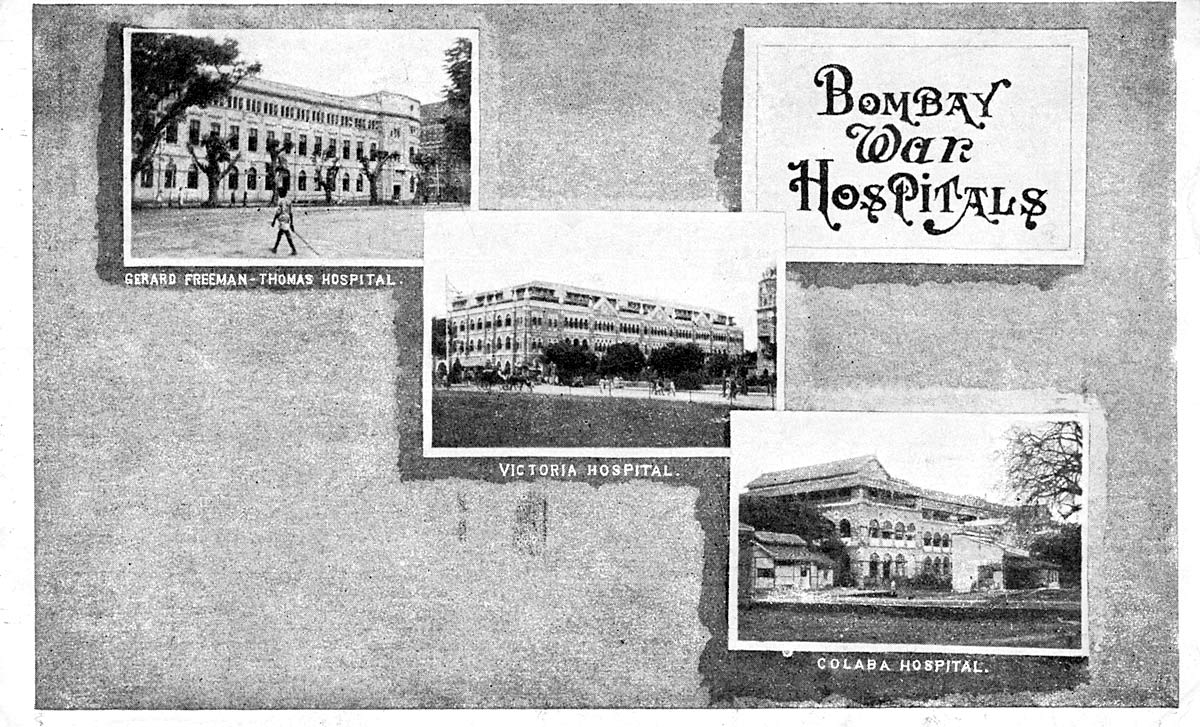 A postcard depicting hospitals in Mumbai used to treat some of the Indian troops who fought in World War I as part of the British Army. Over a million Indians served in Europe, the Middle East and Africa, and 62,000 died and another 67,000 were wounded. Though not labeled, this postcard might, like others, have been published by the "Women of Bombay Presidency" to raise funds for the care and rehabilitation of troops.