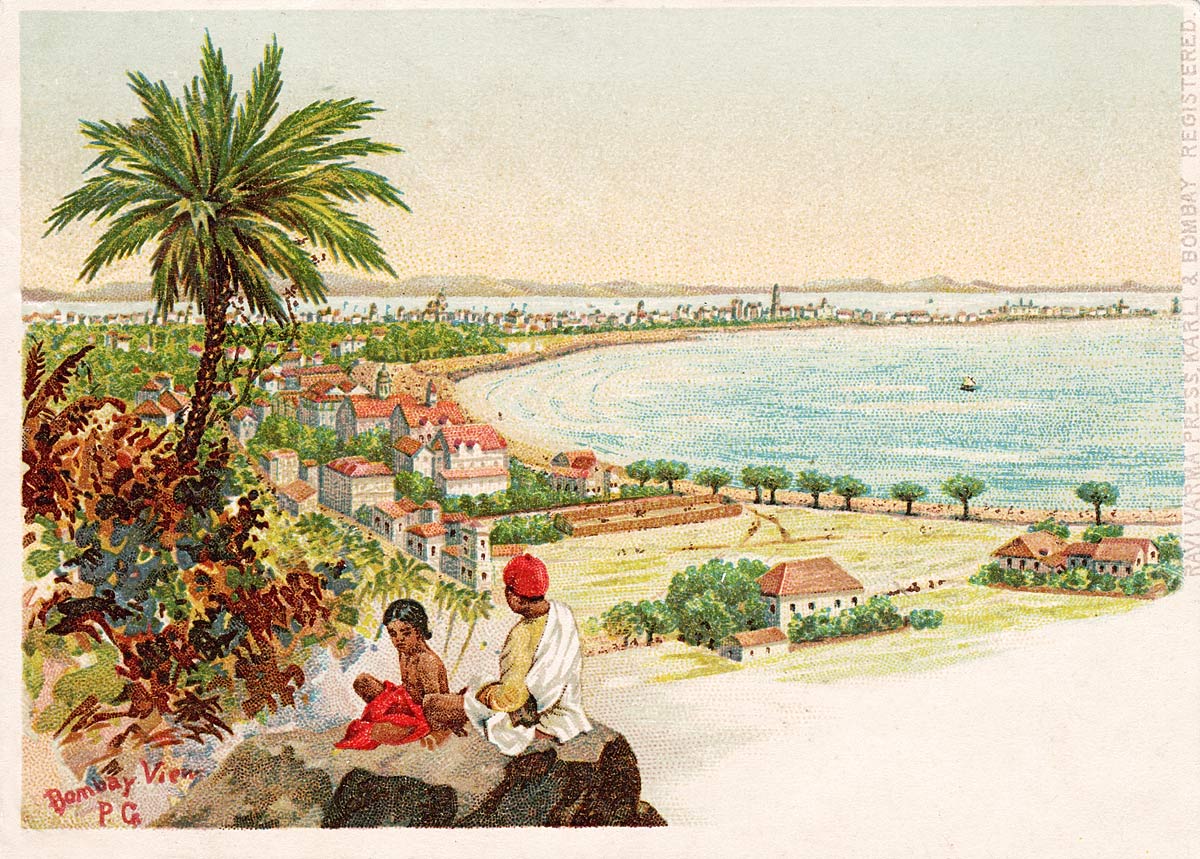 Bombay is the anglicized name of the original Portuguese word "Bombaim." Mumbai, formerly known as Bombay, is the capital of the state of Maharashtra. This view of what was known as the Queen's Necklace, or Marine Drive, was made by the German lithographer and painter attached to the Ravi Varma Press, Paul Gerhardt. Note the two figures in the foreground, who add something conspiratorial to the image, making it more than an impersonal view.