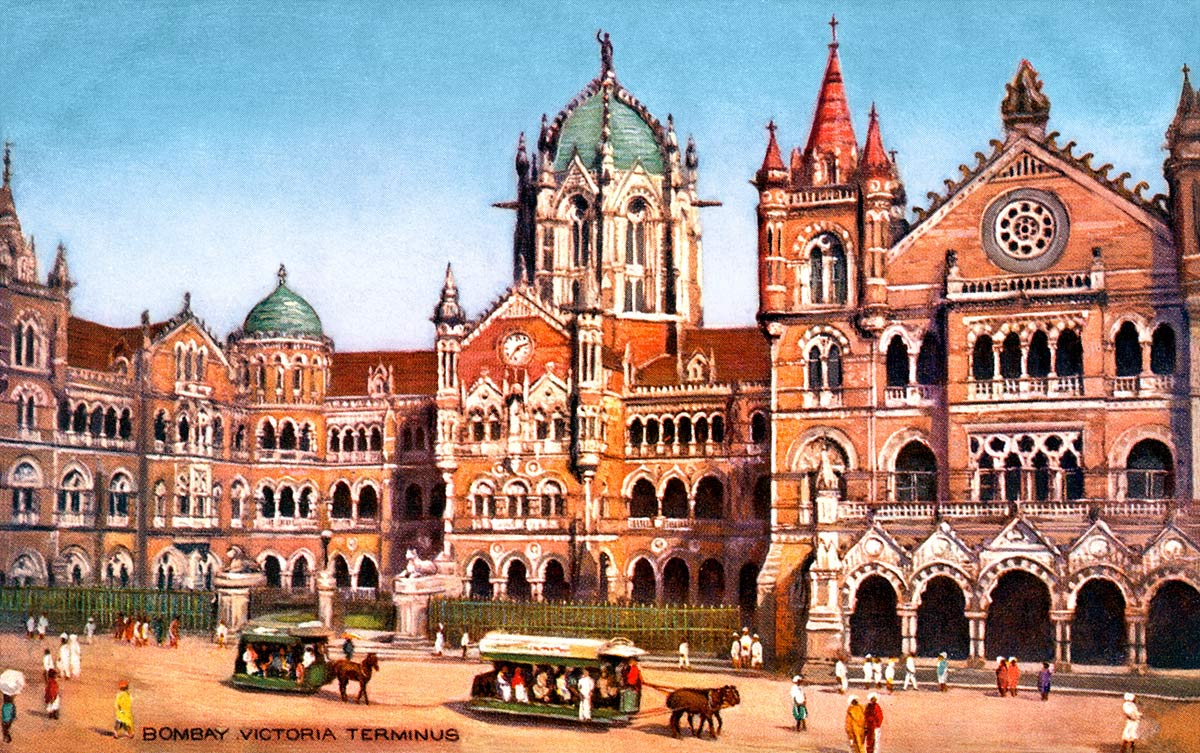 [Original caption] Victoria Terminus, Bombay (City). Bombay is by far the most European in appearance of all the cities of India. Extensive lines of tramway pass through the broad city streets that are continuously lined with splendid buildings. The finest edifice, however, in the city, is that of the Victoria Terminus, which was erected at a cost of no less than 300,000 pounds. [end]

From the very first Tuck Bombay postcard set of six.